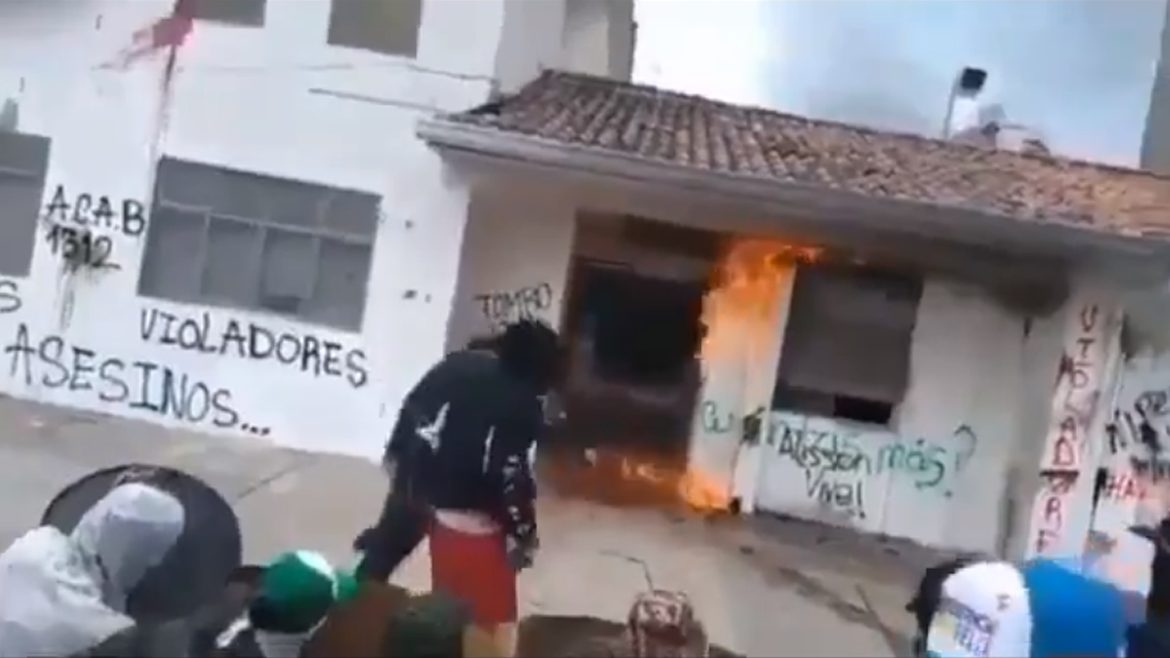 The suicide of a 17-year-old girl who accused police of sexual abuse sparked an uprising in southwest Colombia that left at least one person dead, 35 injured and the local police jail destroyed.

The news of the suicide of the ICT student dropped a bomb on Colombia and turned anti-government protests into a violent uprising in the city of Popayan on Friday.

On her Instagram account, the girl had decried how she had been sexually harassed after being detained by members of the loathed riot police unit ESMAD on Wednesday.

The commander of the police in southwest Colombia, General Ricardo Alarcon, told media that the dead girl’s claims were “fake news” despite evidence indicating the opposite.

Nevertheless, Prosecutor General Francisco Barbosa announced a criminal investigation into the sexual abuse claims of the student who had committed suicide.

The dead girl’s last word, the hashtag “#UribeParacoHPTA,” went trending in all of Colombia. The hashtag referred to the alleged ties between former President Alvaro Uribe and far-right death squads that are currently being investigated.

Women called on each other to resist arrest after the latest of many allegations of sexual abuse by the police while the protests in Popayan turned violent.

Masked men threw firebombs to the Popayan police’s detention center whose outer walls walls had been spray painted with words like “murderers” and “rapists.”

Protesters clashed with police who were accused of harassing a journalist trying and attacking human rights defenders trying to keep the situation under control.

According to the United Nations, police also attacked investigators of the Medical Examiners’ Office who were collecting evidence of the alleged police killing of a protester.

On Friday evening, Senator Ivan Cepeda claimed that the explosion of violence left at least one civilian dead and 35 people injured.

Cepeda added that “we are going to shut down the ESMAD” as demanded by the student organizers that have been leading peaceful anti-government protests since April 28.

The president stressed that investigations into the “regrettable acts related to the deceased girl.” were “crucial.”

Duque, Molano and Palacios have come under fierce criticism over their extremely violent response to the protests during which more than 40 people, including a police officer, were killed.