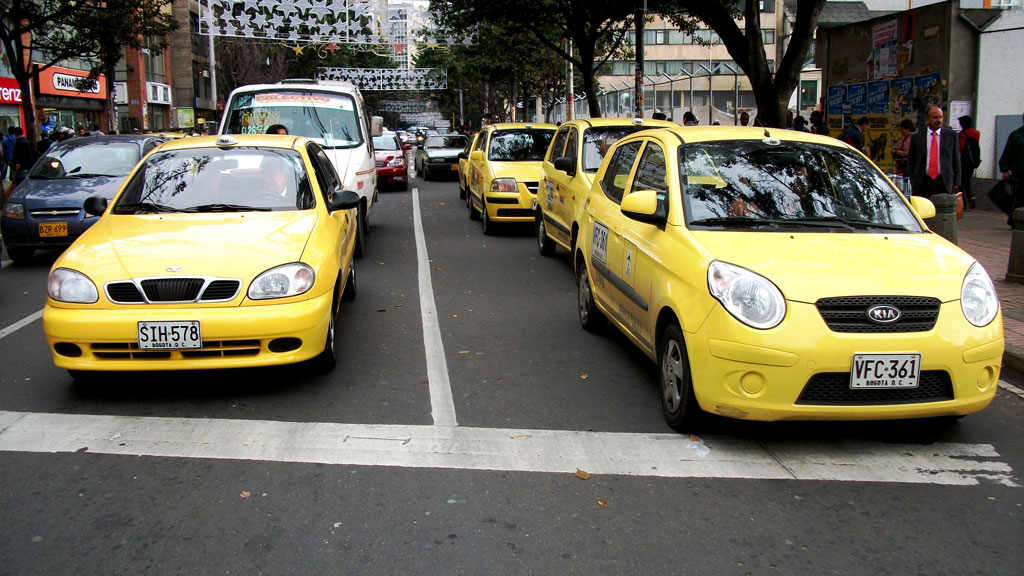 Taxi drivers across Colombia went on strike on Wednesday to protest the app-based taxi booking service Uber. In the capital Bogota, the strike coincided with protests by bus drivers.

Authorities in Bogota, a city of 7 million with major congestion issues, announced to be on high alert and to intervene is the striking taxi drivers block roads.

According to local newspaper El Tiempo, the protesting taxi drivers had not put up any roadblocks in the middle, but were carrying out a “turtle plan,” meaning they parade driving at only a few miles per hour.

Luis Romero, the leader of the National Taxi Drivers’ Round Table, said that of the 52,000 taxis in the capital, some 10,000 are taking part in Wednesday’s protests.

The drivers plan to take their yellow cars to the Transport Ministry to demand support against the competition of Uber, which offers taxi services using “partners,” rather than employees as drivers, avoiding the payment of health benefits which makes the service cheaper.

According to the striking taxi drivers, this is unfair competition and threatens the traditional taxi sector.

Traditional taxi companies in Colombia lease their cars to drivers, also avoiding the payment of health benefits and other social security benefits.

Bogota’s leftist administration said it was willing to mediate between the taxi drivers and the National Government that is currently trying to figure out how to regulate Uber, which has caused similar taxi protests across the globe.