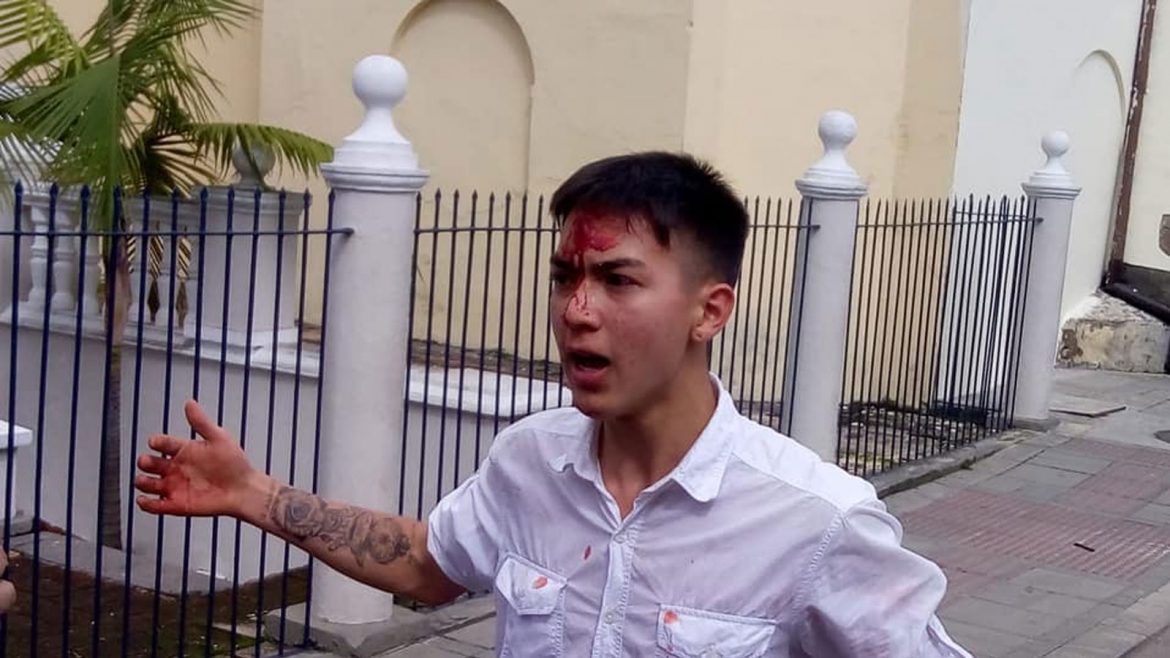 Students across the country marched through streets, but violence was reported in Bogota and Popayan. Three students are allegedly missing after they were “arbitrarily arrested,” according to the People’s Human Rights Network. Dozens of students and policemen were injured.

Daniela Quintero, a student who marched in northern Bogota, wrote for Colombia Reports that students intended to march peacefully but were met by Colombia’s feared riot police, ESMAD, with “tear gas and stun grenades.”

Reports on social media told stories of students being chased and attacked by police. A group of students in Bogota was run over by a car during the protests. The driver reportedly surrendered herself to authorities later.

In the southern Colombian city of Popayan, students denounced vandals who threw rocks at riot police. Fourteen people were reported injured, including a police officer.

The policeman guarding the RCN Radio office reportedly was lit on fire by a Molotov cocktail. He survived with minor injuries.

“These acts of violence, which involve the destruction of public facilities, aggression against police officers, and the blockade of Transmilenio, make it impossible for hundreds of people to go to their homes or to pick up children from schools,” Peñalosa said.

In 2013, farmers protested peacefully at Plaza Bolivar for hours until a group of hooded men appeared and incited panic by setting off non-lethal weapons and throwing debris at police. This triggered police to end the entire demonstration.

On Tuesday the government had met with students but negotiations stalled. Students demanded to meet with President Duque after they said the government didn’t have “the political will to move forward.”

Some fear that if the student protests are labeled as “violent,” it will give Duque’s government the leverage to pull out of talks completely.

In a televised speech, Duque rejected the vandalism against public property and RCN, a conservative radio station that is widely considered pro-government, but failed to reject the attack on the students or invte them for renewed talks that had stalled days before.