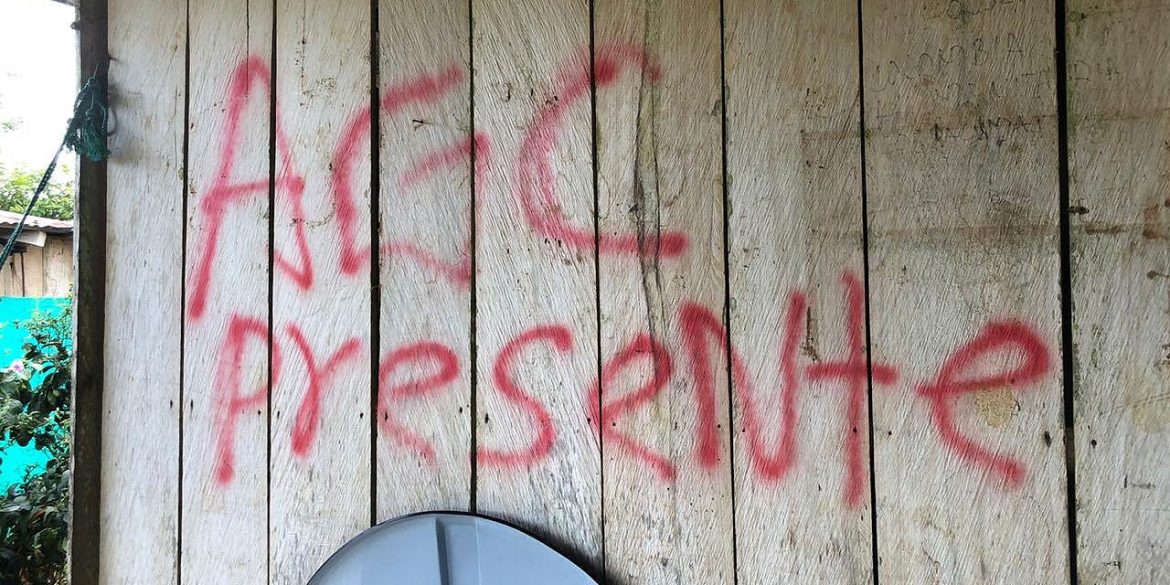 Civilians in northern Colombia are keeping their eyes open and their mouth shut after AGC paramilitaries embarked on a surprise territorial offensive against guerrillas and police.

On Thursday, citizens in more than 60 municipalities woke up with AGC graffiti’s announcing their presence while presumed members of the group dispersed pamphlets.

AGC turn on guerrillas and police

In Medellin, pamphlets of the paramilitary group of “Otoniel” appeared on Friday, announcing they would be imposing order, and take acting against police brutality and “attacks from ELN and dissident FARC guerrillas” who have been accused of infiltrating recent anti-government protests.

The AGC’s expressed support for peaceful protests is a break from the past when the paramilitaries’ predecessors of the AUC also considered any opposition to the government of former President Alvaro Uribe “subversive.”

Otoniel’s dissident group, however, has been openly critical of President Ivan Duque, claiming they were betrayed by the Uribe during the AUC’s demobilization between 2003 and 2006, and want to take part in the peace process carried out with the FARC.

We respect legitimate social protest which is caused by the indiscriminate abuses of the public force as part of a systematic and sinister policy from way back that implied not just arbitrary detentions, and all types of physical and psychological violence, but has come to the execution of the death sentence by snipers targeting any kind of Colombian.

The surprise offensive, the AGC’s show of force presumably seeks to intimidate the police and people the paramilitaries consider guerrillas alike. 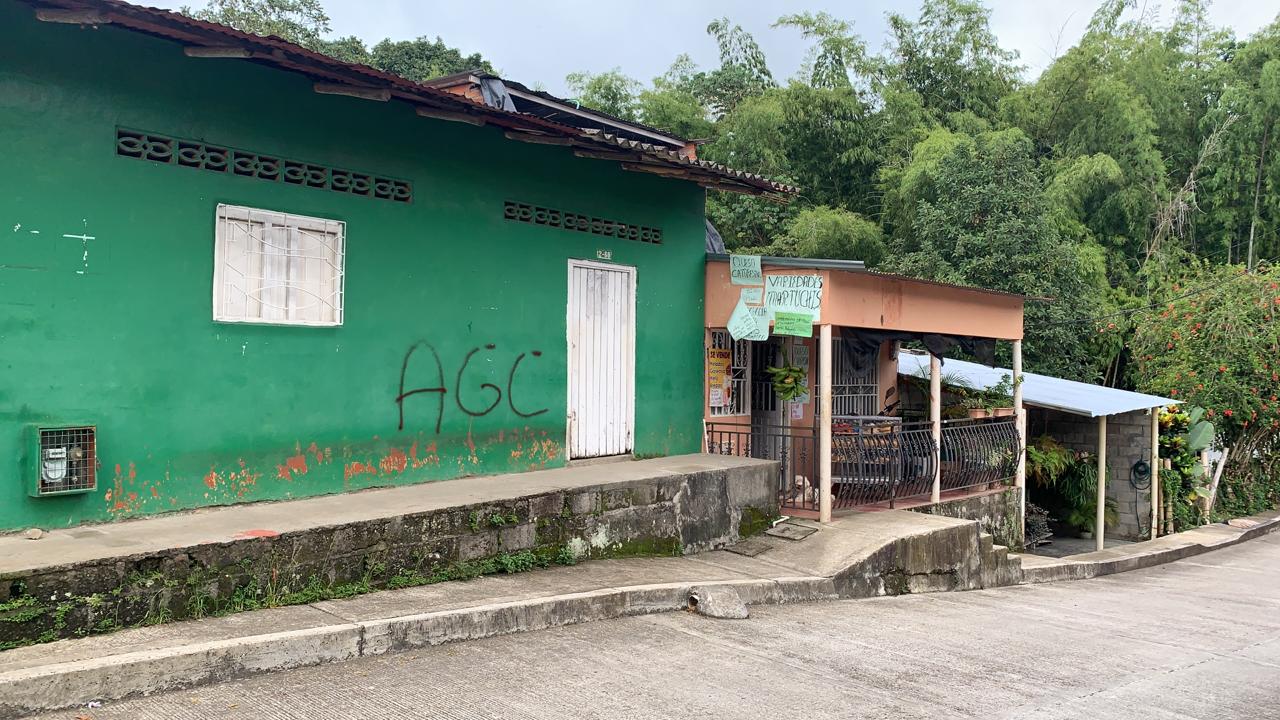 Back to square one

National Army commander General Eduardo Zapateiro called on citizens to “keep informing us,” contrary to a local from the rural Montes de Maria region in the Caribbean who told local newspaper El Heraldo that the local rule is to “keep your eyes open and your mouth shut” if you want to live.

The locals from Montes de Maria learned to live with notoriously brutal paramilitary groups in the 1990’s already and presume the return to the AGC’s rule is no different that that of their predecessors, the AUC.

The communities begin to behave as they did during the time of terror: we have to open our eyes and close our mouths.

General Juan Carlos Ramirez, whose 7th National Army Division has been repeatedly accused of colluding with the drug trafficking paramilitaries, confirmed the locals’ claim that “these criminals are trying to terrorize the population,” adding that 47 members of the AGC have surrendered so far this year.

Multiple independent conflict monitoring NGO’s concur that the AGC, which also has ties to the private sector and Colombia’s political elite, is Colombia’s largest illegal armed group and expanding.

Like their predecessors of the AUC, the AGC is accused of the vast majority of human rights violations and the intimidation of community leaders and human rights defenders.

President Ivan Duque, whose far-right Democratic Center party has been associated with paramilitary violence, did not respond to the latest AGC offensive.