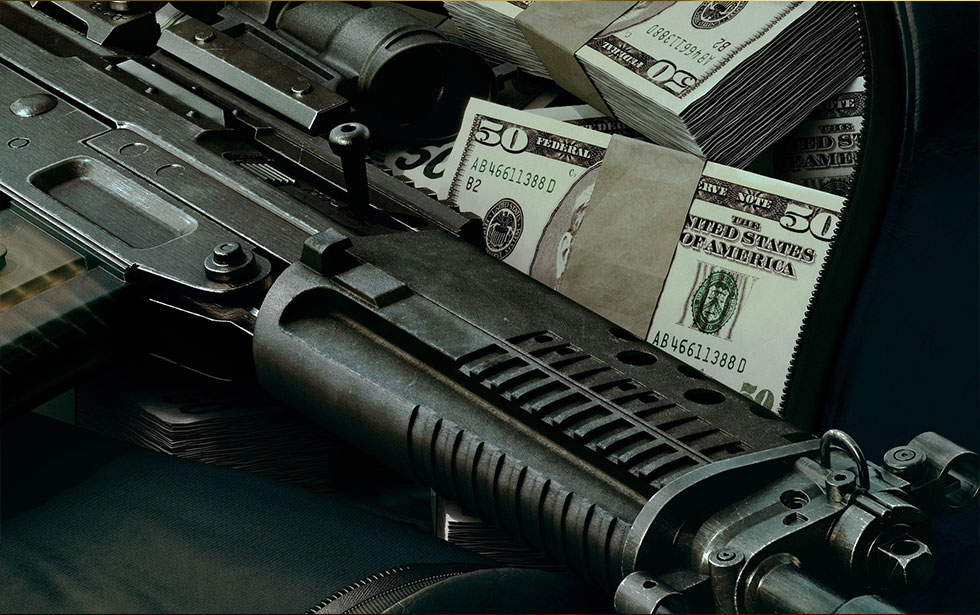 Business owners who voluntarily financed Colombia’s illegal armed groups like the far-left FARC and the far-right AUC face criminal charges in a post-conflict tribunal. Extortion victims will not be charged, the government assured amid unrest among the business community.

During the Colombian state’s 52 years of armed conflict with leftist guerrillas, thousands of Colombian businesses and businessmen were extorted by either the guerrillas or their adversaries, far-right paramilitary groups.

These paramilitary groups emerged in the 1980s as self-defense groups to defend the private property of large landowners from groups like the FARC and ELN, who were increasingly extorting and kidnapping wealthy Colombians.

The AUC, the largest paramilitary group in recent Colombian history, demobilized between 2003 and 2006, after which the ties between the country’s political and business elite and the designated terrorist group became clear.

While dozens of congressmen have since been sent to jail in what has been called the “parapolitics”scandal, foreign and Colombian businesses who supported the AUC have allegedly been largely left unpunished.

However, the “paraeconomy” scandal involves major foreign companies like Chiquita Brands and Drummond, and Colombian companies like Ecopetrol, Cementos Argos and Postobon.

It also involves powerful individual businessman. The brother of former President Alvaro Uribe, for example, is in jail awaiting trial for forming a paramilitary group.

According to demobilized AUC leaders and victim organizations, the businessmen and companies used the paramilitaries either to get rid of labor organizers or displace small farmers to usurp their land.

In total, some 13,000 people could face war crime charges for supporting a designated terrorist group before a transitional justice tribunal in the event the administration with President Juan Manuel Santos.

The possible legal actions against businesses have upset Colombia’s business community, many of whose members did pay groups like the FARC or the AUC, but because they were extorted.

These business owners were often given the chance to either pay or face the often fatal consequences.

To soothe the tension, Santos spoke at a meeting of business association ANDI last Thursday to secure all business whose payments were extortioner that they will not be subject in a criminal investigation.

Santos said that only in cases where war crimes were committed as the consequence of voluntary payments made to illegal armed groups, businessmen would face war crime charges.

Those who only partially cooperate or refuse any cooperation could face prison sentences up to 20 years.

The peace deal that includes the transitional justice element will first have to be ratified by the Colombian people in a fiercely contested plebiscite.