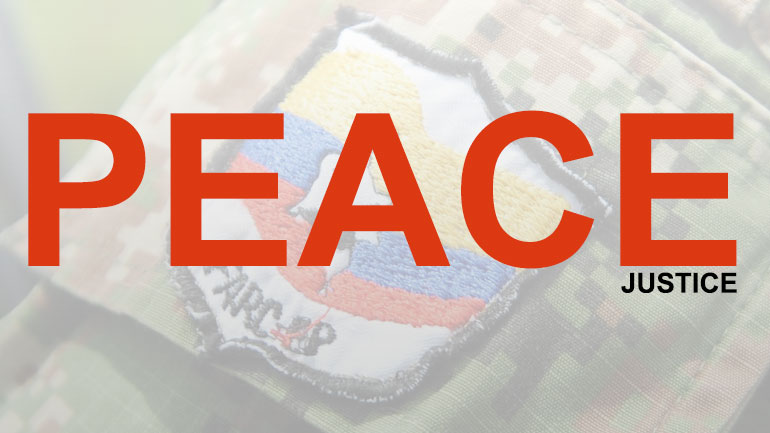 Colombia peace tribunal to start with over 32,000 criminal trials

Colombia’s yet-to-be established Special Tribunal for Peace is set to begin with a staggering 32,433 open trials in which 111,086 crimes are investigated.

The court was set up as a part of the peace process talks on transitional justice and will deal specifically with all cases related to the armed conflict.

It is due to start operating following the culmination of the talks between Colombia’s government and the left wing guerrilla group the FARC.

In that meeting, the presidents of the high courts expressed concerns about two issues: the first, was what it considered the ‘marginal’ role Colombian justice system in the new model for Peace and Justice, and the second the enormous logistical challenges imposed its implementation once the final agreement is signed with the guerrillas.

El Tiempo newspaper reported that at the meeting in the Palace, the judges asked the Government for inclusion and information on the construction of the Special Court.

In the courts, in particular, there are concerned about the marginalization of the traditional justice system during the peace process.

Concerns were also expressed about how it will achieve the separation of the powers of the new court with the Criminal Chamber of the Supreme Court and sections of the State Council as the Third, which has condemned the Nation in dozens of opportunities for acts of conflict.

The logistical issue is another major concern.

A report presented at the palace by Prosecutor General Eduardo Montealegre said that the Special Tribunal for Peace should receive 32,433 open processes in which 110,086 criminal acts are investigated.

Montealegre said there is concern about the large size of the files to be delivered and the time it may take prosecution if sufficient resources are not allocated.

According to the report of the Prosecutor General’s Office, if it were decided to investigate case by case, in that jurisdiction no less than 3,000 officials to evaluate the processes and three years would be needed. That would cost nearly $626 million (2 trillion pesos).

If it is decided by research in context, as recommended by the prosecuting body, three years and 1,670 officials will be required and for operating expenses it would cost almost $470 million (1.5 trillion pesos).

The chief prosecutor reportedly urged Santos to speed up the process stating that they should already start making appointments of officials responsible for purely logistical issues.

“If you do not want to collapse this justice of the peace before it starts, you have to start making decisions,” El Tiempo quoted Montealegre as saying.

The Special Tribunal for Peace will be charged with the task of  to punish every actor that was directly or indirectly involved in the conflict that contributed to the victimization of over 7 million Colombians, with the aim of “satisfying the rights of the victims and contributing to the construction of stable and strong peace.”

It will come into effect following the culmination of the talks, which could be as soon as March 23.