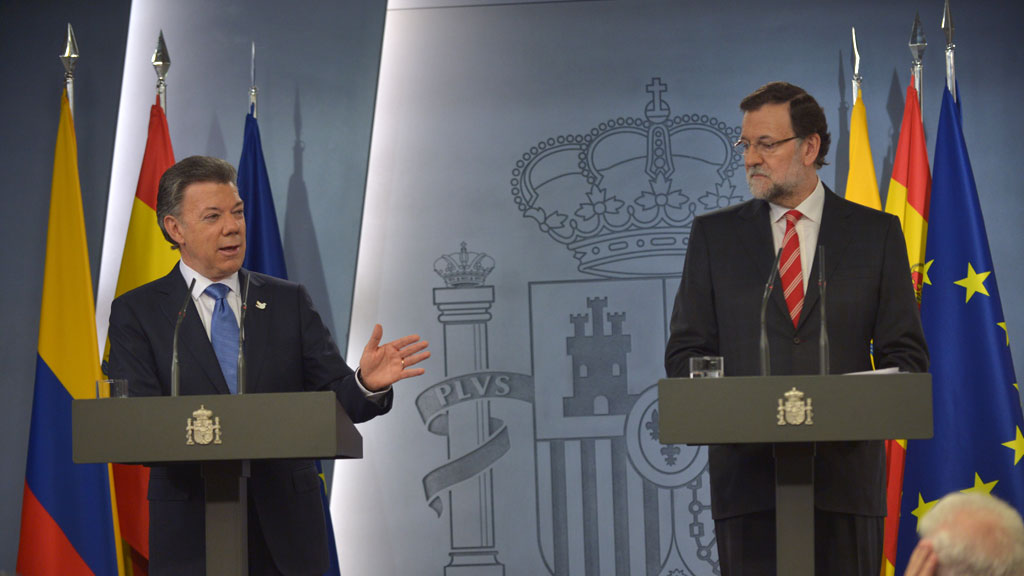 Colombian President Juan Manuel Santos returned from Spain on Thursday with no promises of concrete support for a post-conflict situation in the South American country.

At a joint press conference which signaled the end of the meeting on Tuesday, Rajoy praised Santos’ role in the peace process.

“After half a century of hostilities and numerous victims, President Santos has pushed through a highly complex peace process with a far-reaching historical scope that is currently going through a crucial phase,” Rajoy said.

Santos visited Madrid last November to begin a European tour that aimed to explain the on-goings of the Colombian peace process, and to gather political support in the developments.

As he did last year, Rajoy emphasized his support for the initiative, adding that this support “is shared by the main Spanish political forces and by our own public opinion.”

“I am aware that President Santos is working with great drive and conviction. I hope that peace comes soon,” reiterated the prime minister.

In spite of the words of support, Rajoy failed to grant concrete support for the peace talks and eventual post-conflict peace process unlike Germany that opened a credit line and France that agreed to help with agricultural development.

Unlike France and Germany, Spain is currently going through an extended economic crisis. On top of that, the Iberian nation is set to hold elections at the end of the year in which Rajoy’s conservative Popular Party is facing strong opposition from Podemos, a leftist anti-austerity party.

Santos’ administration and the FARC rebels have been talking since November 2012 to seek a negotiated end to the country’s 50-year-long armed conflict.