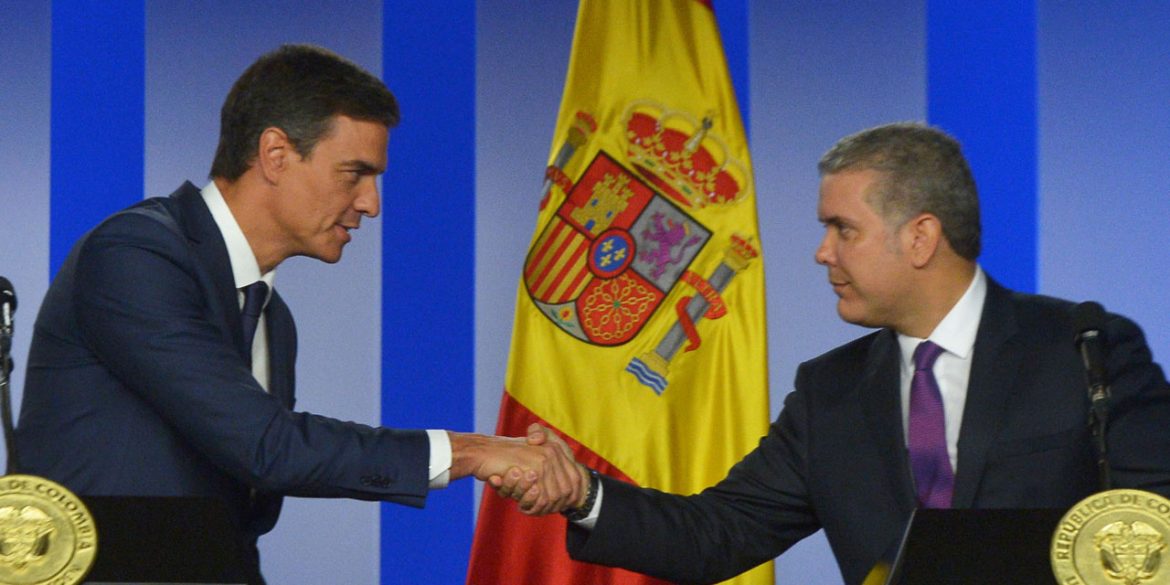 Days before Colombia’s president Ivan Duque is expected to decide whether or not to continue peace talks with ELN guerrillas, Spain’s PM Pedro Sanchez doubled down on his country’s support for the talks.

Sanchez (Spanish Socialist Worker’s Party) is on his first visit to Colombia since he took over power from the socialist former conservative PM Mariano Rajoy stepped down in June.

In an interview on national television, Sanchez stressed the value of ties between the two countries and said “peace is irreversible.”

“Anything Colombia needs from Spain to consolidate and advance peace we will say yes to. We will be with our Colombian brothers so that this will be a reality sooner rather than later,” Sanchez said in a joint press conference with Duque.

In response, ELN leader Pablo Beltran said the group was grateful for Spain’s offer of help, in an interview on Thursday with Spanish news agency EFE.

Sanchez compared Colombia’s ELN issues with Spain’s troubles with Basque separatist group ETA, which fought for independence from Spain for over 50 years until a peace agreement was reached in 2011.

The conservative Duque has threatened to end the talks with the ELN and to unilaterally change a 2016 peace deal with demobilized FARC guerrillas, but can count on little national or international support.

Illegal and informal economies like cocaine and gold are thriving and fueling all kinds of illegal armed groups in Colombia, particularly in these neglected or abandoned rural regions.