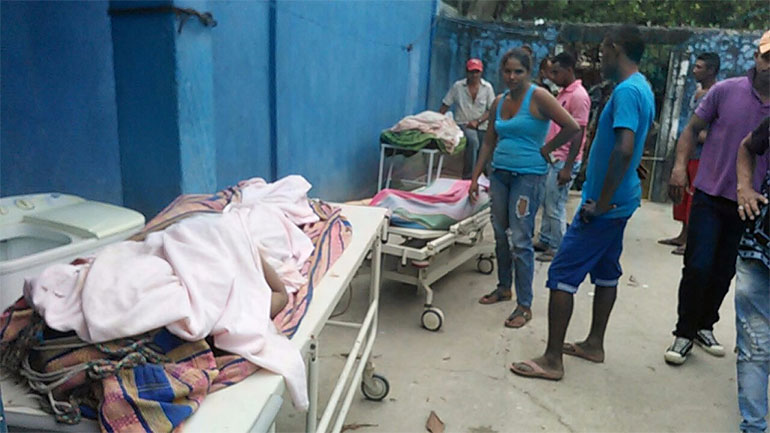 An angry mob lynched a soldier inside a village hospital in north Colombia after the drunken military official killed two men and a young girl on accusations locals had stolen his wallet.

The excessive violence occurred early Sunday morning in Montecristo, a town in the wetlands of the Bolivar province.

The military took control over the town after the violent incident that did not just leave four people dead, but another three injured and the local hospital destroyed.

According to the National Army, the violence began when the soldier, stationed nearby the town, lost his wallet in a local bar and drunkenly began harassing locals.

Unhappy with the response, the soldier went to the nearby army base, picked up guns and shot two men and one 12-year-old girl on his return to the bar.

According to locals, the soldier even threw a hand grenade.

Alerted colleagues of the soldier arrived at the scene and were able to arrest the suspect in the midst of escalating violence.

Two soldiers were injured in the attempt as both the drunken soldier and members of the community resisted the arrest.

In spite the resistance, the soldiers were able to remove their colleague from the scene of the crime and took him to the nearby hospital for treatment.

However, some 150 locals followed the soldiers and violently entered the hospital armed with sticks and machetes.

Having found the soldier, the townsmen lynched the official and destroyed much of the hospital.

The mayor of Montecristo and the National Army’s 2nd Division decided to militarize the town after the incident.

The military expressed its grief over the incident, sent condolences to the families of the three victims of the soldier and promised to investigate the tragedy “with the severity it deserves.”