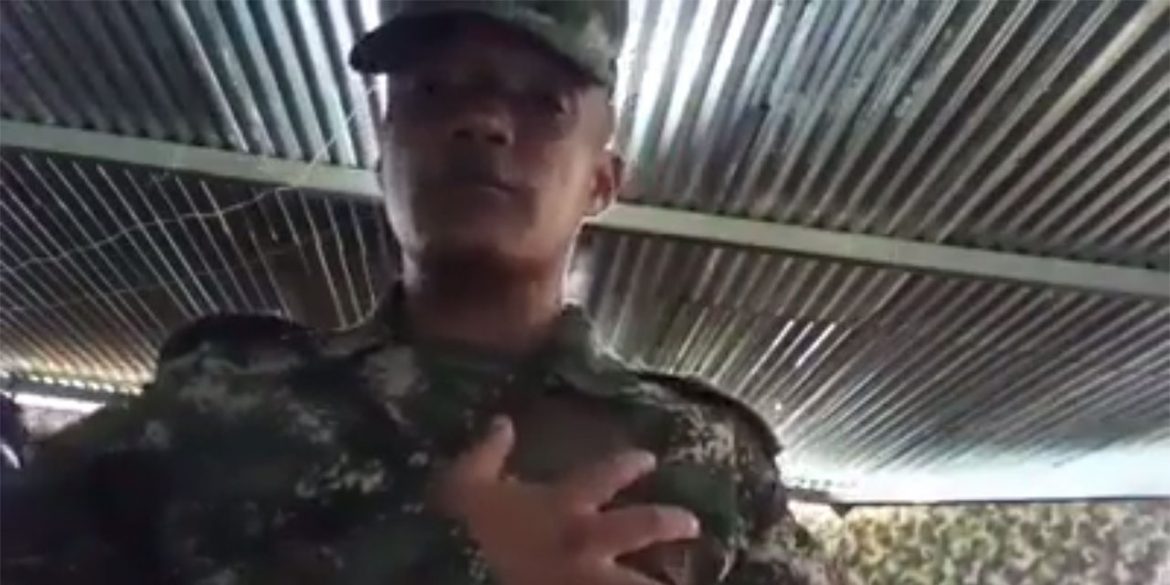 A soldier has committed suicide after leaving a video message expressing support for Colombia’s anti-government protests and denouncing that stigmatization and threats by superiors left him “no option.”

According to local media, the 21-year-old soldier Brandon Cely took his life on Saturday after recording a video in which he denounced irregularities in the military and extreme peer pressure after he expressed support for the strike.

“There are many  injustices here with the courses, things we are supposed to shut up about and bow our heads. We don’t have any rights. I have heard that I was an extreme leftist and an antisocial,” the soldier said.

According to Cely, he asked permission to be relieved from duty, but was told he would be charged with desertion, a crime that could lead to six years imprisonment.

“I don’t have any other option,” the soldier said in his suicide video before saying goodbye to his family.

I invite you to fight, to fight for your education. Man, we are not the left or the right, we are the people. The army is made up of the people because our families are the people. I support you.

The army confirmed the suicide and ordered an immediate investigation into the alleged peer pressure on the soldier who was a computer engineer for the army’s hospital unit.

The soldier’s suicide is the second tragic and fatal event related to the national strike and the ongoing protests in a week.

On the day that Cely committed suicide, police shot a student who died on Monday.

The death of student Dilan Cruz shocked the country and triggered President Ivan Duque to immediately call for talks.

These talks broke down within hours on Tuesday, according to the strike organizers because the government believes the dialogues are for them to better explain controversial government policies rather than negotiate changes.