Colombia’s second largest city Medellin stopped being the “city of eternal spring” for an hour on Wednesday after a torrential hail storm covered parts of the city in ice, while causing dozens of emergencies due to floods.

The heavens showed signs of a pending rain storm hours before the actual raining began, but when the sky broke it exceeded all expectations.

Within minutes, entire neighborhoods were covered in ice and dozens of viaducts were flooded by literally meters of water.

While no injuries were reported, the city counted major material damage as traffic came to a complete halt, trees were uprooted by sudden winds while citizens, making the most of the municipal emergency, took the opportunity to build the first snowmen in recent history. 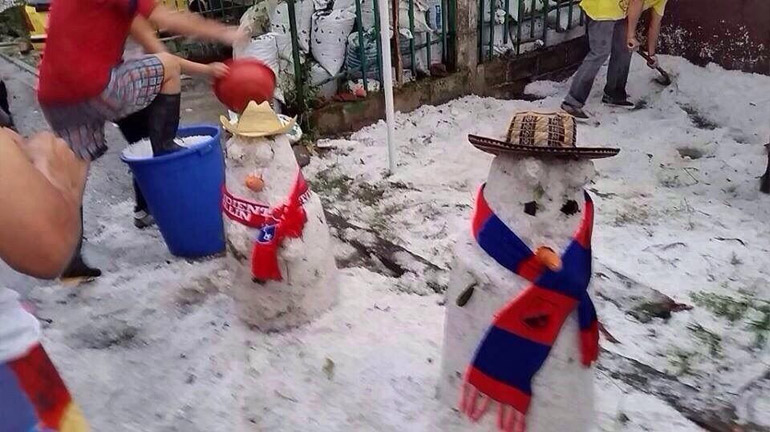 Former President Alvaro Uribe even took a break from his relentless opposition to national politics on Thursday to stress how incredibly bad the rains were.

According to Mayor Anibal Gaviria, the rains and windfalls caused 200 emergencies, damaged 50 homes and uprooted 27 trees. Fortunately, nobody was injured.