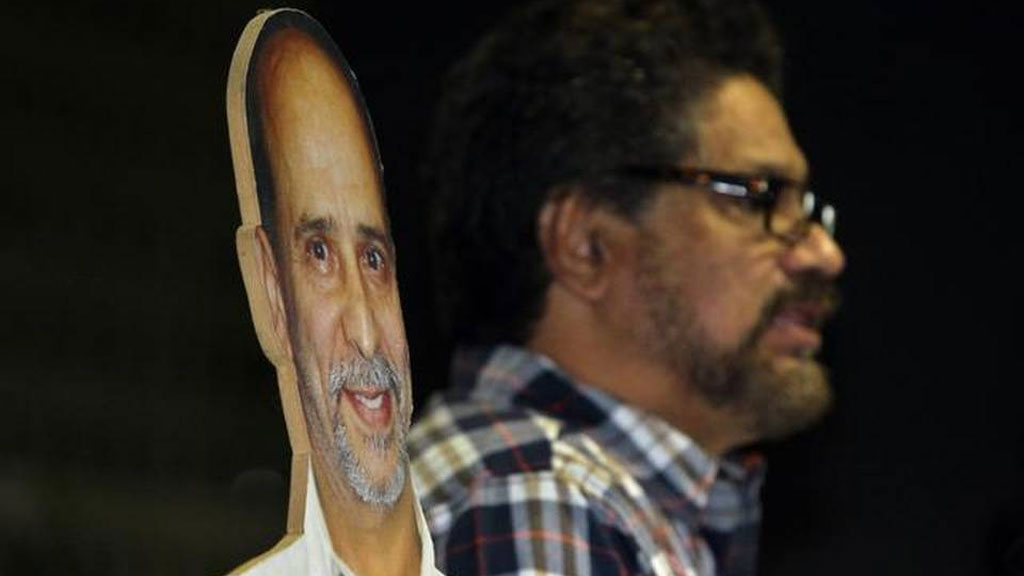 FARC leader imprisoned in US could return to Colombia: US analyst

Extradited FARC leader Simon Trinidad could be repatriated to Colombia from the United States where he is currently serving a 60-year prison sentence, according to a US analyst.

Although the Colombian government has not filed formal request to the US, Director of the Center for Latin American Studies at the University of Georgetown Marc Chernick told El Espectador on Thursday that the repatriation of Simon Trinidad is “feasible.”

The FARC has asked for their fellow-rebel’s release since before the peace talks began in November 2012, claiming Trinidad is a political prisoner and that his release would be an “immense contribution to peace in Colombia.”

However, Chernick explained that administrative arrangements for Trinidad’s extradition can be made between Colombia’s Ministry of Justice and the US Department of Justice without the need for the approval of President Barack Obama.

The academic – a close analyst of Colombia’s peace process — told El Espectador that “the US has agreements with almost all countries to repatriate prisoners to their country of origin.”

“It is not through an executive decision of the US president or Congress,” he explained.

“It is an administrative procedure of the US Department of Justice with the Colombian Ministry of Justice to agree to continue his sentence in a Colombian jail,” said Chernick.

The matter of extradition has been topical in the latest stages of the peace process.

Recent speculation in the media suggested that Santos had approached the US requesting the repatriation of Trinidad.

The Colombian president told Spanish newspaper El Pais that he would ask the United States to remove certain guerrillas from the extradition list, explaining that “nobody is going to surrender their weapons to go and die in an American prison.”

This fuelled the allegation that the Santos administration had specifically requested Trinidad’s release.

Santos in turn denied having done such a thing, insisting that so far, the matter of extradition has not been discussed.

“For now, President Santos, whom I know, has not requested it,” Chernick told El Espectador.

“But on asking for it, it could happen,” he added.

“If it is done in this way, it is feasible that once Simon Trinidad is here, the US would have no jurisdiction. If President Santos wants to pardon or lower his sentence, it is a Colombian case,” the US academic affirmed.