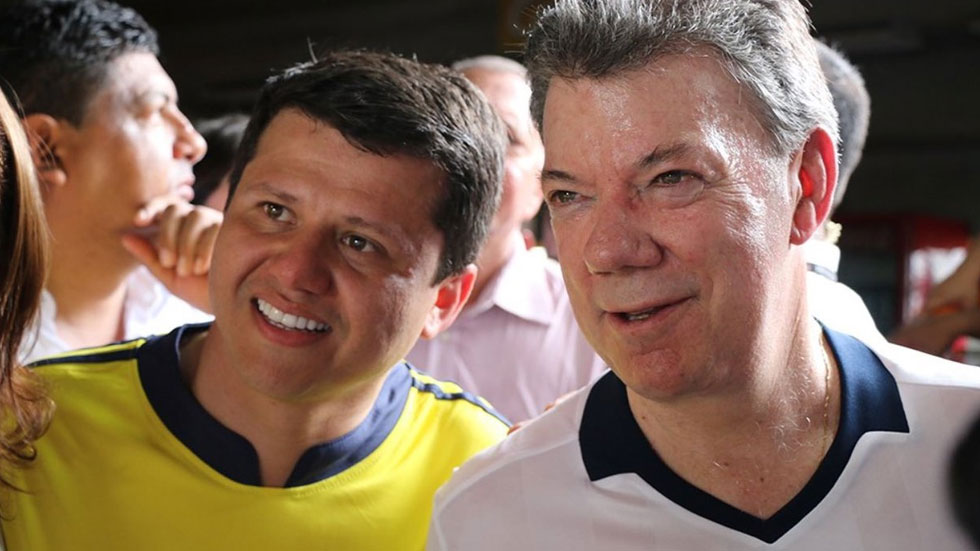 Senator Bernardo Miguel Elias (U Party) was arrested by prosecution officials outside his Bogota apartment days after the arrest of his cousin and two reported associates.

While not the first arrest in the multi-million bribery case, Elias was the first sitting senator to be picked up by the prosecution.

The senator has been an important ally of the president and actively supported Santos’ 2014 reelection in his home province of Cordoba where Elias is a major power broker.

According to weekly Semana, the senior senator’s arrest sent chills down the spine of Congress, the business community and the national government alike.

If Elias strikes a plea deal with the prosecution and links other congressmen to the bribery scandal “half the country will go down with him,” Semana quoted an anonymous congressional source.

The bribery investigation has already spurred the withdrawal of opposition presidential candidate Oscar Ivan Zuluaga (Democratic Center) and has, most importantly, spurred a public apology by Santos.

According to a leaked testimony by jailed former Congressman Otto Bulla, Elias would have received $9 million while another $4.5 million in bribes was reserved for “other politicians managed by Federico” Gaviria, a businessman also in jail for his alleged corruption.

The evidence and testimonies presented by the prosecution indicate that the office is seeking to turn Elias into a state witness, which in turn could lead to the arrest of more sitting congressmen at little more than half a year before national elections.

Colombia’s prosecution opened a criminal investigation after the United States Department of Justice revealed that Odebrecht allegedly had spent more than $11 million in bribes to obtain road infrastructure contracts in Colombia.

This, however, appeared to be a low estimate after claims by Colombia’s Prosecutor General that the Brazilian company had bribed government and elected officials for $27 million.