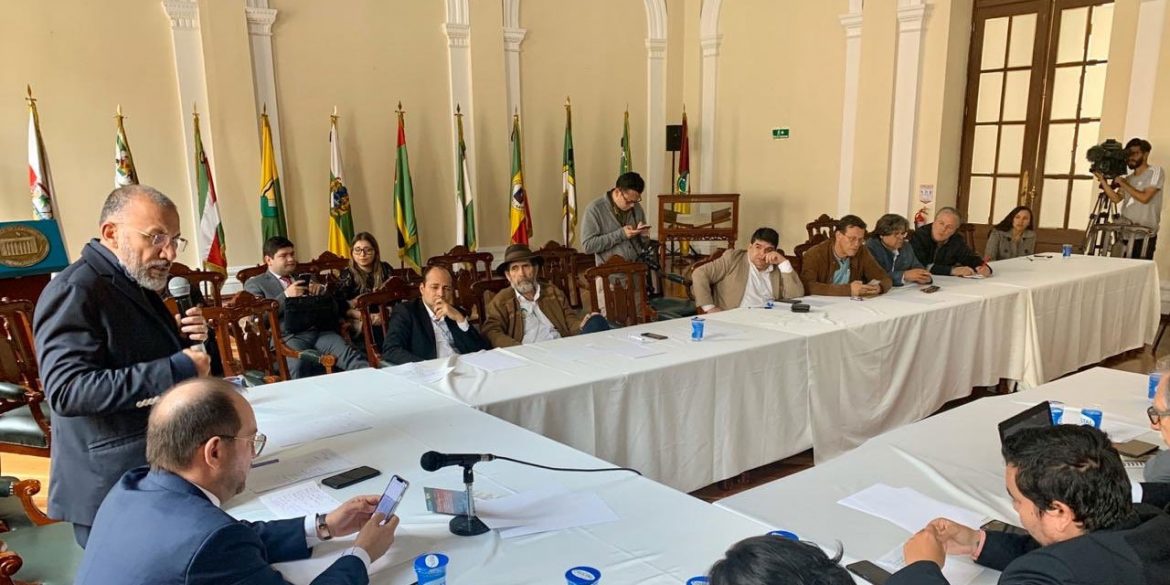 Senators to mediate between Colombia’s anti-government protesters and Duque

Senators said on Thursday they will try to mediate televised talks between Colombia’s government and strike leaders who have been at the forefront of huge anti-government protests.

The senators, who also make up part of the country’s largest peace organization, Defendamos La Paz, made this announcement after the second meeting between senators and the strike leaders.

President Ivan Duque has refused to negotiate any demands of the strike leaders despite three weeks of almost constant protests.

The government is increasingly cornered as other senators said they would file criminal charges over human rights violations committed in an attempt to violently repress the protests.

Meanwhile, Duque’s approval rating has taken a nosedive amid broad disapproval of his (mis)handling of the protests that began on November 21.

The president is caught between a rock and a hard place: if he cedes to the strike leaders’ demands, his far-right party could split; if he doesn’t, he may not be able to finish his term.

While some of the strike leaders demands would require a major policy shift, others simply require that the president effectively executes policies legislated by Congress.

While Duque’s ability to govern has gone from bad to virtually untenable, the strike leaders so far have been able to maintain momentum and public support.

The senators hope to break the deadlock, and are also adding pressure by seeking to televise the talks, forcing the president to dialogue in public.

Defendamos la Paz, which consists of powerful politicians and social leaders, has supported the strike leaders’ demand to execute the 2016 peace deal with demobilized FARC guerrillas.

They are opposed by Duque’s far-right Democratic Center (CD) party, which has been severely weakened after a devastating defeat in local elections in October and criminal investigations against its leader, former President Alvaro Uribe.