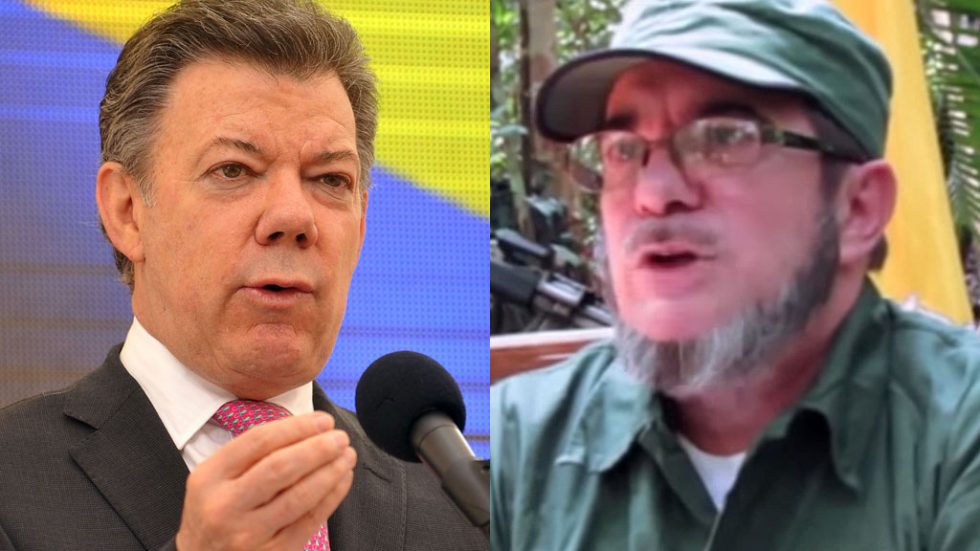 Colombian President Juan Manuel Santos warned FARC rebels on Tuesday that any breach of their current unilateral ceasefire will have severe repercussions on the Havana peace negotiations. The guerrillas in turn said that ongoing army offensives put pressure on the truce.

“The attacks we saw before we no longer have, we are advancing in that. I cannot guarantee that it will not happen again but I am hopeful (…) if the ceasefire is broken, it will be difficult to continue the dialogue in the future” reported Colombia’s head of state.

The guerrillas have praised Santos’ decision on Sunday to suspend air strikes on rebel camps but have demanded more in the way of this deescalation. Negotiators on Tuesday reported the termination of air strikes as “positive” but as military forces continue to pursue rebels they ask for additional measures to be adopted.

“It is necessary to agree on new measures to deepen and consolidate this process of deescalation, that is increasingly more remote the possibility that this effort can go bad,” the insurgency said in a statement read to the press by “Carlos Antonio Losada.”

The guerrillas have reported army offensives in the southwestern provinces of Cauca and Nariño, something they said “threatens” the unilateral ceasefire that began on July 20.

This ceasefire came as a result of demands from the United Nations to embark on an “urgent” deescalation of violence in July.

Since the termination of the FARC’s five-month unilateral ceasefire in May violence had soared to a new high with attacks on infrastructure and military camps alongside continued guerrilla persecution.

Confidence in a positive outcome of the negotiations plummeted as a consequence of the violence.

Santos tried giving hope that the continuation of peace talks under a new methodology are developing well, but pressured the guerrillas to come with more concessions in the negotiations over victims.

“We can reach an agreement in the very near future. It has to be soon because my patience has a limit. We have made a big move. For the first time we agreed to negotiate simultaneously on two items. We have to take great strides in four months,” said Santos.

In order to cover the agenda in Havana in a shorter period of time, the government and FARC have divided their negotiation teams to address the remaining topics, namely that of Victims and End of Conflict, the final demobilization of the guerrillas and re-integration into society, ahead of a three year Truth Commission, to hear the stories of the victims, of which in over 50 years the country has accumulated over 7 million.

Many remain apprehensive of this advancement with the country’s Defense Minister warning that the two parties are still “very far away” from any bilateral ceasefire that would be required before the final achievement of an agreement.

Santos, when questioned over the FARC refusal to serve any time in prison, emphasized that the guerrillas “have to surrender their weapons and undergo some kind of justice.”

The topic of justice has however been a cumbersome one with both parties fearing the legal consequences of the thousands of war crimes committed.