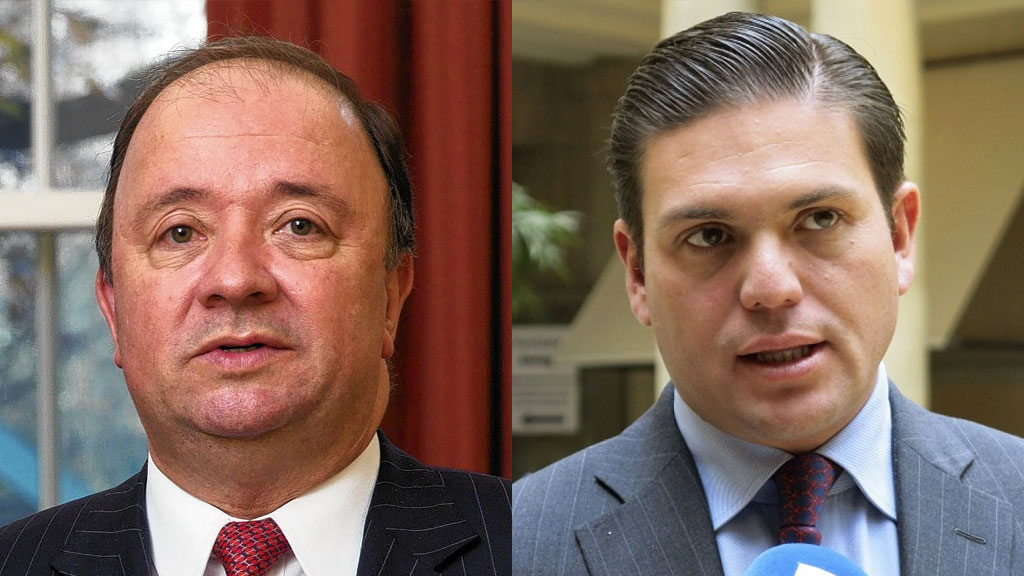 ‘Santos to replace defense minister ahead of peace deal with FARC’

Colombia’s defense minister and the country’s ambassador to the United States might soon be switching office as president Juan Manuel Santos is preparing a cabinet shuffle ahead of a possible peace deal with rebel group FARC.

In turn, Villegas would return to Colombia and take the place of Pinzon as head of the Defense Ministry.

According to weekly Semana, sources within the government have said the switch could be announced as early as this week.

Pinzon has been a close ally of Santos and has been leading the defense ministry since August 2011.

Villegas has been in and out of government since the 1980s and was briefly a member of the governmental peace talks delegation in Cuba, representing Colombia’s business leaders in the negotiations with the FARC.

The cabinet shuffle possibly serves to change the face of Colombia’s military department that under the leadership of Pinzon dealt major blows to the FARC.

However, after peace talks with the FARC commenced in 2012 and progressed to the point that there are negotiations about a bilateral ceasefire, Pinzon’s hostile position towards the 50-year-old guerrilla group started causing discord with the president’s more conciliatory tone.

Villegas could run the defense ministry with a less militaristic tone, more in line with the governmental efforts to promote peace and reconciliation.

The defense minister told Semana that his reported departure from the defense ministry is “speculation” but other sources within the government have confirmed the shuffle.

Santos reportedly will also make changes in the military command to prepare the armed forces for a post-conflict situation.

In the event of a peace deal with the FARC, Colombia will lose the most powerful enemy of the state, creating different priorities for the security forces.

Instead of combating the FARC, the security forces will have to take control of public security in areas where the rebels are currently in control, trying to prevent regional power vacuums.

But even with the FARC out of the military picture, the security forces still face the smaller rebel group ELN and half a dozen of neo-paramilitary groups that emerged from paramilitary group AUC during its demobilization between 2003 and 2006.

All these groups have proven to pose serious public security risks.

While inside Colombia the defense ministry would have a more conciliatory leader with Villegas at the helm, Washington will have a Colombian representative able to mediate with conservative forces in US Congress that have expressed concern about the effects of a peace deal on US interests in the region.

The US military has been directly and indirectly involved in the war against the FARC and ELN and the White House has provided key funding for Colombia’s military for more than 15 years.

Consequently, Colombia has been one of Washington’s most loyal allies south on a continent that has slowly grown independent from Washington’s influence due to the election of several leftist leaders, increased economic power and growing nonconformity over the US-led “War on Drugs.”

Pinzon has consistently been the conservative, even hard-line face in the Santos administration.

The priority of Villegas, a former chief of business association ANDI, has been the promotion of business ties after a free trade agreement between Washington and Bogota that came into force in 2012.

The defense minister would be better equipped to respond to US concerns that the inclusion of leftist rebel groups to the political mainstream that could drastically change the South American country’s political color and relation with the US in the coming decades.