Exactly three days before the second anniversary of the beginning of the talks, Santos took to national television to announce the government would not continue to negotiate with the rebels until General Ruben Dario Alzate has been returned safe and sound.

However, faced by the embarrassment, Santos announced that “negotiators were to travel to another round of talks in Havana. I will tell them not to go and that the talks are suspended until these people are released.”

The suspension follows the mysterious hostage-taking of Alzate, an army captain, and an attorney who had traveled into rebel territory in Las Mercedes, Choco, dressed as civilians and, according to Santos, “ignoring all security protocols.”

The detainment of the general is a major blow for the president. In the 50 years existence of the FARC, the rebels have never been able to capture a military official of such high ranking.

Both the rebels and victims of the conflict have requested a ceasefire for the duration of the talks, but the president has consistently maintained that this will only happen once a peace deal is signed.

The FARC recently captured two soldiers in a confrontation with the military. The rebel group denied that the detainees were kidnapped, as the Colombian government and much of Colombian media claimed, and instead declared that they were prisoners of war.

To facilitate the current peace talks between the group and the Colombian government, the FARC agreed to renounce the practice of kidnapping civilians and holding them for ransom, which it has recognized as a “error.”

The guerrillas have since respected international war law and surrendered “prisoners of war” to humanitarian groups.

The FARC and the government have been negotiating peace since November 19, 2012 in an attempt to end a war that has been waging since 1964.

Santos and the military command in the war room 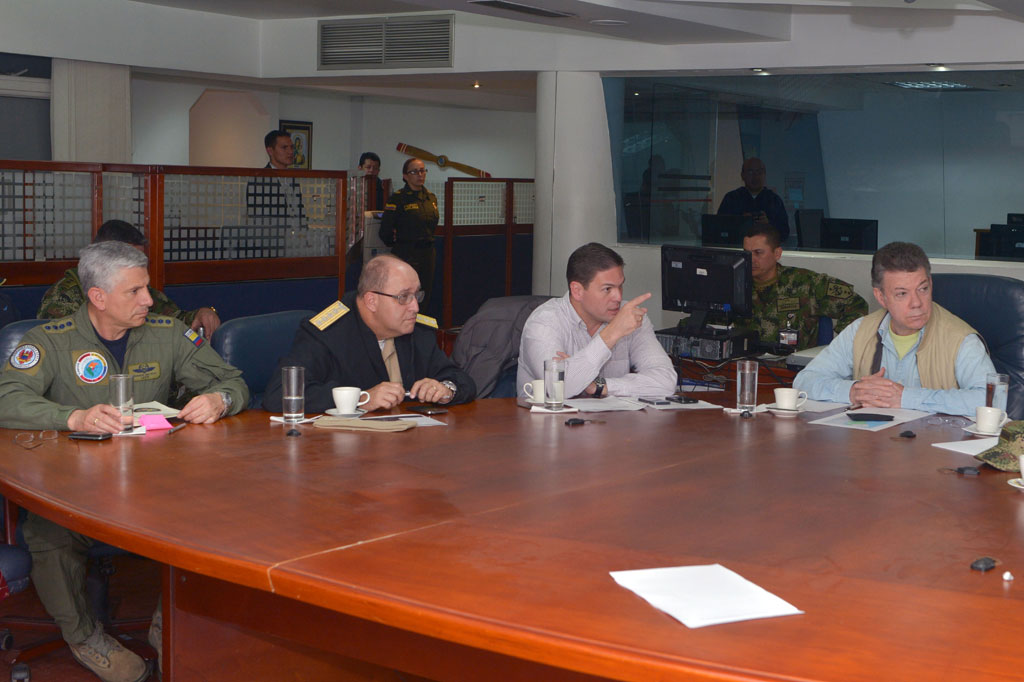 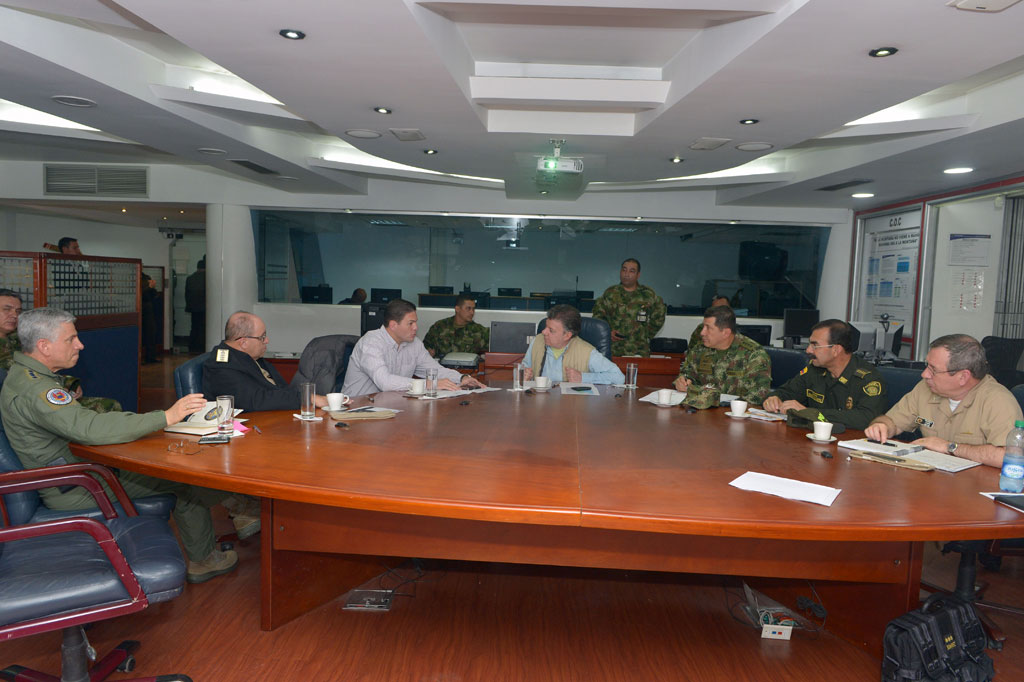