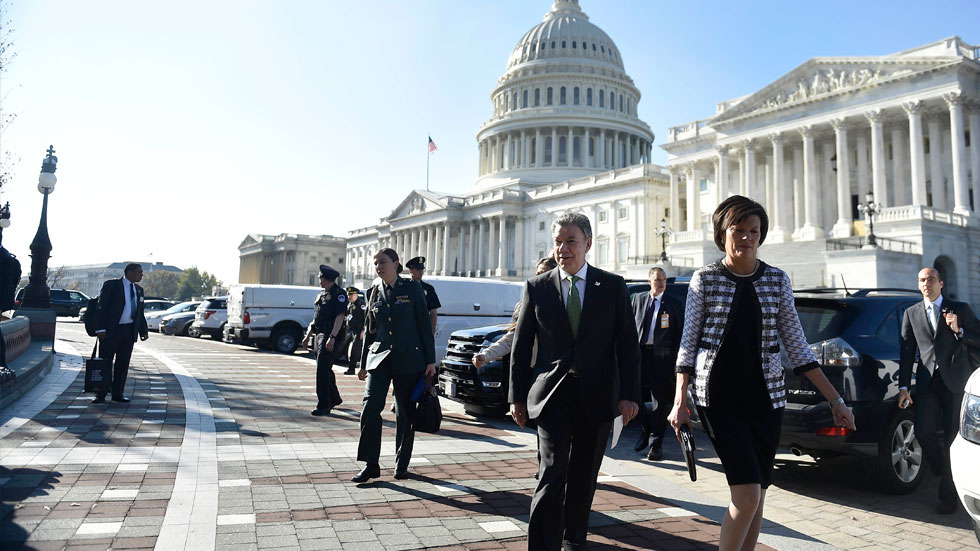 President Juan Manuel Santos met with top US officials on Thursday in an effort to promote continued support for Colombia’s peace process during the Trump administration.

Santos met with both Democratic and Republican representatives, the Chairman of the Senate Foreign Relations Committee, and with “a very important group of Republican senators,” presumably close to the incoming administration of President-elect Donald Trump.

“I explained to them what the new agreement was, the changes that were made, but that not all [requested] changes were made, because that would be impossible,” Santos wrote in a release on the president’s website.

Central to these meetings was the Colombian president’s push to ensure continued bipartisan support for Colombia’s peace process amid uncertainty with the incoming administration. Trump has previously hinted at significantly cutting back US foreign aid spending.

Santos said he hopes the US Congress will approve “as soon as possible” the $450 million in funds for the peace plan pledged by President Obama in February.

He specifically stressed the importance of these funds in supporting illicit crop replacement measures meant to combat cocaine trafficking to, among others, the US.

“…the sooner they approve these resources, the more they will help us implement the [peace] accords, among these the substitution of illicit crops,” Santos stated in his release.

During the call both Santos and Biden stressed the importance of “maintaining strong bipartisan support for Colombia in the United States Congress,” according to a White House press release.

The Colombian president will attend a private dinner on Thursday evening in honor of Biden at the Colombian ambassador’s residence in Washington.