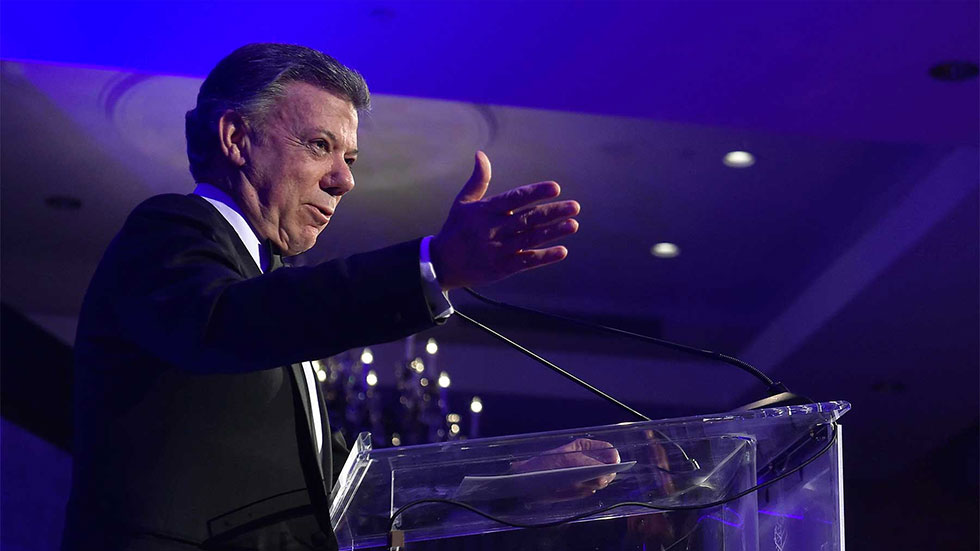 Colombia President Juan Manuel Santos said Wednesday that a revised peace deal with the country’s largest rebel group, the FARC, will be ratified by Congress and not in a referendum.

“I have learned my lesson,” said Santos over the October 2 referendum that struck down the peace deal signed only five days before, leaving the peace process and the war-torn parts of the country in crisis.

“I thought it was the right thing to do,” he said at the Leadership for the Americas awards gala of think tank Inter-American Dialogue, adding that “I never imagined we would lose.”

But he did, albeit barely.

The shock vote spurred the renegotiation of the agreement in which multiple conservative political leaders and concerned sectors of society were involved.

Six weeks after the vote, negotiators of both the government and the FARC signed a new agreement, but until Wednesday Santos remained vague about whether to call a new referendum or to send the revised pact to Congress where he can count on approximately 85% support.

I am determined to maintain the peace, push this agreement through Congress and assure this deal is implemented as soon as possible.

“I will leave my successor a country at peace,” said Santos, who will leave office in a year and a half.

The government’s chief negotiator had already called to implement the new deal “now” amid reports of guerrilla desertions and combat between FARC guerrillas and the army.

Santos met with representatives of his coalition and the leftist opposition before traveling to the US on Wednesday to seek the best way to introduce the deal to Congress, which reportedly would have to be before Tuesday if the government wants to have the faculty to resume the FARC’s demobilization before Christmas recess.