According to Santos, the time for Colombia has come and “it is time to ensure forever the prosperity of the future generations.”

Santos said he wants to achieve this following the “Third way” principle made famous by British former Primer Minister Tony Blair who transformed his traditionally leftist Labour Party to a more centrist, less dogmatic political party in the center.

“Colombia needs a new social contract which takes the best of what we have learned from the left and the right to build — through a Third Way — a prosperous and equitable country,” the president said.

Santos said that his ambition is to begin a policy that will take the first steps for Colombia to become “a country in absolute peace, an equal country, and the most educated of Latin America.”

“Imagine that for a minute. A country in absolute peace, a country with equality and the most educated in the region,” Santos challenged Colombians.

“Because if we achieve that, we will be an entirely different country forever; Unstoppable, prosperous, admired and respected,” said the president.

Santos warned rebel group FARC, with who the Santos administration has been negotiating peace since late 2012, that Colombia will move towards improved social policies “with or without the FARC.”

The tone of the president’s speech was consistent with his first inaugural speech in which he also also vowed to bring prosperity and equality while improving access to education and health care.

However, as major reforms of both health care failed, and the country’s GINI index indicated exactly the same levels of inequality and peace talks with the FARC failed to materialize in a peace accord, the president’s second election promises were met by a skeptical public.

Amid a record-low turnout, Santos was reelected with only six percentage points more than his rival, the conservative Oscar Ivan Zuluaga who ran with the support of former President Alvaro Uribe, whose been at odds with his successor over numerous and mutual corruption and abuse of power.

A poll released on Wednesday, one day before Santos inauguration, said that the president began his second term with the approval of 47% of Colombians. An equal percentage of Colombians said to disapprove of Santos.

Images of the inauguration 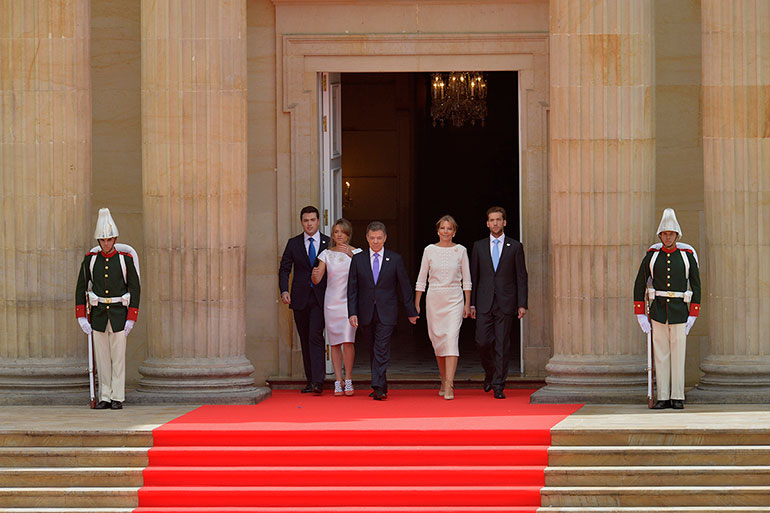 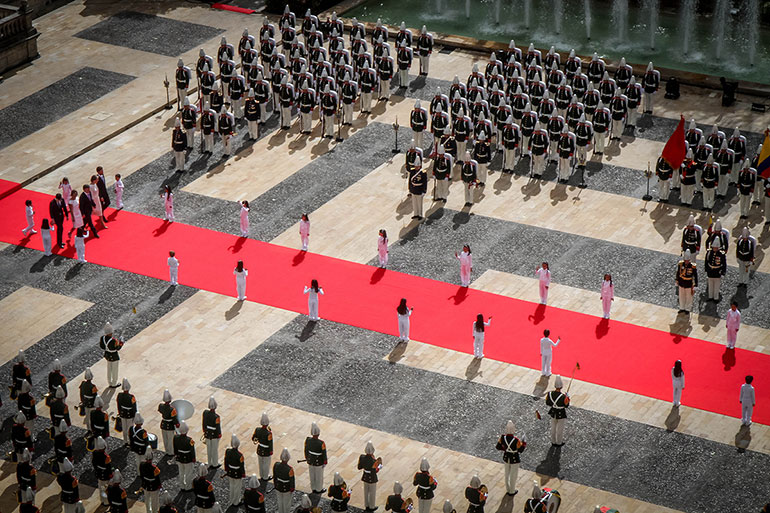 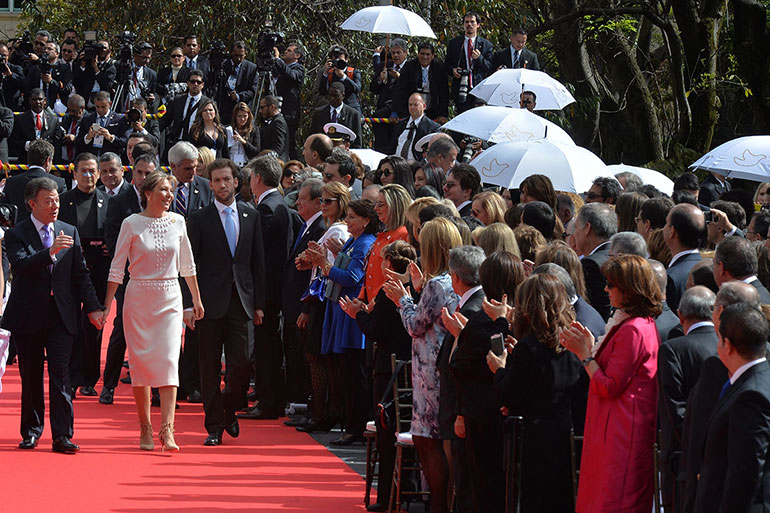 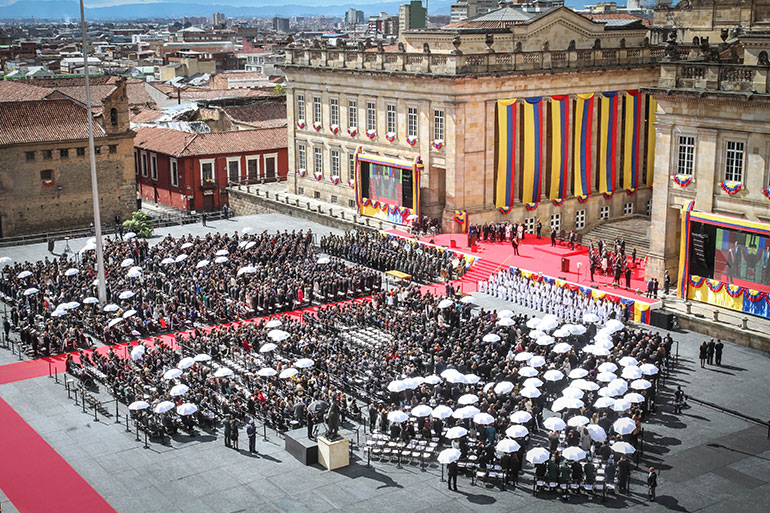 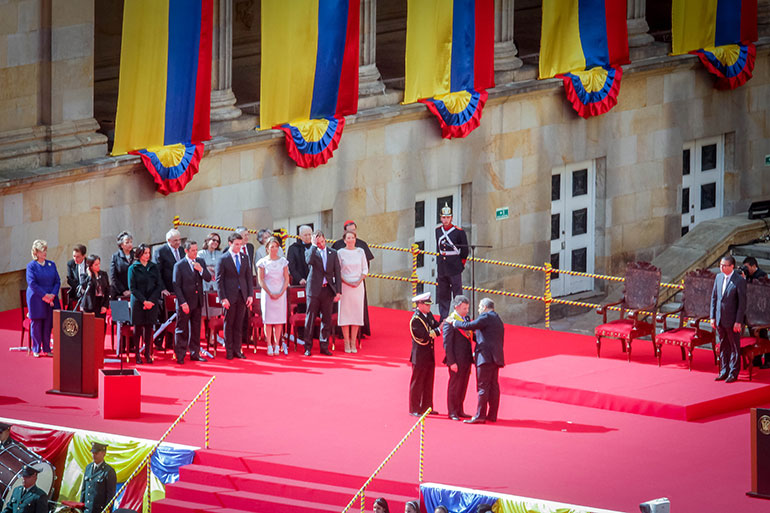