Until Sunday evening, everything indicated that Congress would sink Duque’s attempts to make elections more fair the same way it has sunk almost all other proposals put forth by Colombia’s conservative government.

The anti-radicals’ show of force 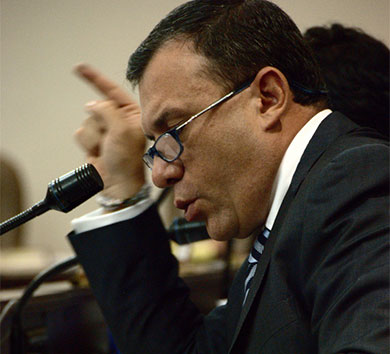 At the last minute, Senator Roy Barreras and three other members of the U Party came out and voted in favor of the reform, preventing it from being sunk due to a lack of votes.

The vote was boycotted by the leftist opposition that found the reform had been watered down too much in the House of Representatives where lawmakers had removed key elements of the reform.

The Green Alliance party initially supported the reform that included anti-corruption measures demanded by the party in a failed referendum earlier this year.

Of the seven Green Alliance proposals agreed by Duque, only the one that disallows lawmakers to serve more than three terms survived.

Radical Change of former Vice-President German Vargas also boycotted the vote. The notoriously corrupt party has opposed the reform since the beginning.

Duque’s choice: to the center or the far-right

The surprise intervention of Barreras and other U Party senators comes amid pressure from centrist parties on Duque to break with the radical wing of his Democratic Center party, move to the center and continue efforts to make peace with leftist rebel groups FARC and ELN.

Duque has refused to continue peace talks with the ELN and has only reluctantly complied with a peace process with the FARC that has been fiercely opposed by his party.

Without the support of either the left or the centrist parties, Duque has had major difficulties to govern and has suffered plummeting approval ratings.

Barreras’ Christmas gift to the president could convince Duque he will have to move away from his own party’s radicals and move to the center in order to be able to govern.