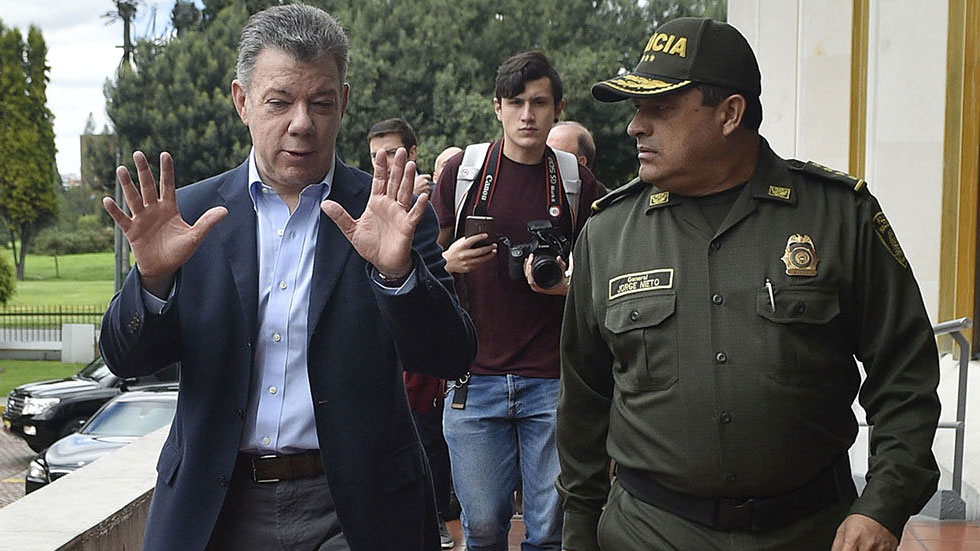 Santos orders more police for Bogota after 60% increase in robberies

Colombia President Juan Manuel Santos said Sunday he would put 500 extra policemen on the street in Bogota after local authorities reported a 60% increase in street robberies in 2017.

The president made the announcement after a security council in the capital a week after local media reported that on average 170 street robberies take place in the capital every day.

According to the president, many of the robberies are carried out by street gangs that are specialized in street crime.

Together with the Prosecutor General’s Office, with whom we have been working in a very coordinated and efficient way, we will create a special unit… dedicated exclusively to the dismantling of gangs specialized in robberies and home invasions.

The president also called on the city’s judges to prevent the release of crime suspects, particularly in cases that suspects are alleged recidivists.

According to Santos, many robbers are released even when they are caught red handed.

The country’s top prosecutor said in 2016 that Colombia’s impunity rate stood at 99%.