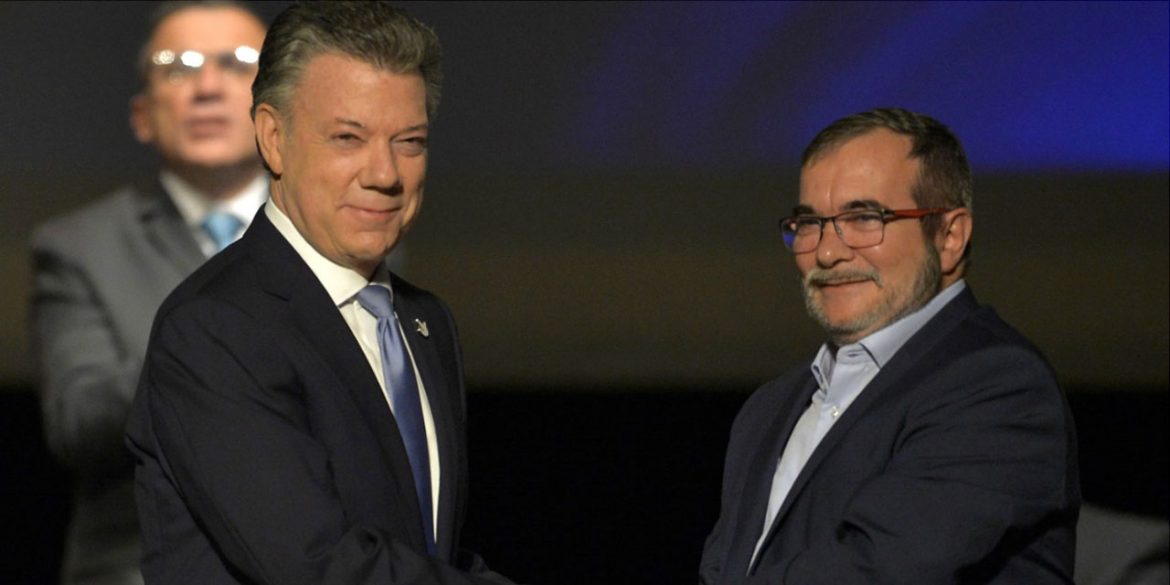 Colombia’s President Juan Manuel Santos met with the leader of the FARC on Wednesday in an attempt to calm the demobilized guerrillas’ nerves over the possible extradition of one of their ideologues.

Rodrigo Londoño, the president of the FARC political party, met with Santos in Bogota after the arrest of “Jesus Santrich” on drug trafficking charges.

According to the United States and Colombia’s chief prosecutor, Santrich participated in negotiations with Mexican drug traffickers to export 10 tons of cocaine after demobilizing with his group last year.

Following the meeting, Santos promised to guarantee the guerrilla leader’s right and only agree to his extradition if the prosecution can prove Santrich violated the peace deal.

“All former fighters that remain in legality … have nothing to fear,” said Santos.

Londoño said that the president “and his government committed to offer guarantees to due process in the case of Jesus Santrich and the respect to the procedures and mechanisms agreed” in the 2016 peace deal.

The government and the FARC agreed to “accelerate the process of implementation of the Agreement” that would allow the reintegration of the 14,000 people who demobilized with the FARC last year.

“The project for a new Colombia is … bigger than each individual,” said Timochenko, indicating his group could accept a possible extradition of Santrich if the drug trafficking charge is proven.

FARC vs DEA: what’s next?

Incoming FARC Senator “Ivan Marquez” said that the drug trafficking claim was a “set up” in a press conference on Tuesday, but urged the demobilized guerrillas to stay calm.

The transitional justice system that has been put in place as part of the peace process is revising the case against Santrich and will either allow or block the extradition.

The FARC financed much of its armed conflict against the state with drug trafficking for decades, but vowed to abandon all criminal activity ahead of the peace deal.

Colombia’s peace process seeks to end more than half a century of violence between the Marxist rebels, far-right paramilitary groups and state forces.