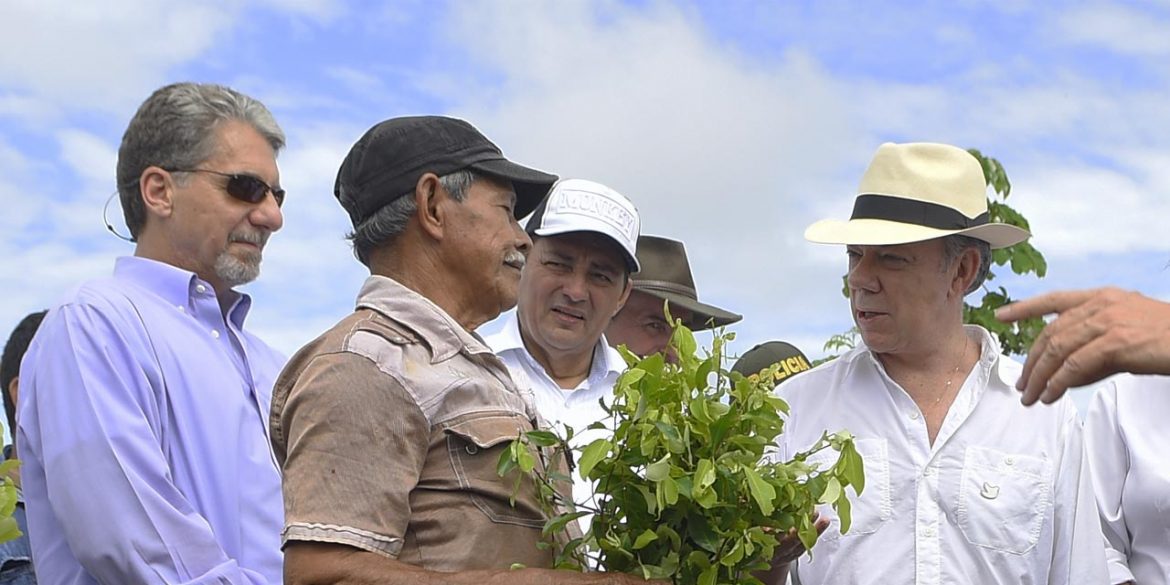 With only a few days left in office, Colombia’s President Juan Manuel Santos took a last jab at the world’s failed attempts to curb the abuse and trafficking of illicit drugs like cocaine.

In an opinion piece in US magazine Americas Quarterly, Santos reiterated that in his opinion the war on drugs will never be won.

“The War on Drugs has taken too many lives: The cure has been worse than the disease. In Colombia, we have paid a very high price for it, perhaps the highest of any nation,” warned the outgoing president.

“The time has come for the world to take a moment of sober reflection. We must study, seriously and rigorously, the efforts that have been made around the world to regulate the drug trade, in order to learn from our successes, as well as our difficulties and failures,” added the Nobel Prize winner.

Since almost immediately after taking office in 2010, Santos has been stressing  the “urgent” need to rethink the war on drugs that has failed to deliver ever since it was declared in the 1970s, a call that has been continually ignored by the US government.

When Santos received his Nobel Peace Prize five years later, he called the war on drugs “perhaps more harmful than all the world’s wars, combined.” US media and government again ignored this.

This latest statement is a parting blow by the president, who has just days left in office as he again demands a policy shift that will see a more away from the targeting of the small peasant producers and consumers.

The policy prescription we have used for years, based mainly on punitive repression, has not solved the problem. We must look for an alternative course of treatment. We cannot insist on a strategy that focuses on repression of small peasant producers and consumers — the weakest links in the drug trafficking chain.

Through a dramatic approach, Santos believes that the manner in which the drug problem is tackled must be grounded in a respect for the human rights of those involved and provide producers in particular with other viable options.

As for the weakest links in the chain – small producers and drug users – we must offer solutions based on respect for human rights. We must provide the former with substitution options and invest in public services that change the conditions incentivizing them to produce illicit crops. For the latter we must implement drug use prevention campaigns and provide rehabilitation programs.

The elephant in the room

Colombia is the world’s #1 producer of cocaine, according to both the United Nations’ Office on Drugs and Crime (UNODC) and the United States’ Department of State.

Despite the so-called  best efforts of the US government and Colombian authorities, the reality is that they are nowhere near to success in combating the production and sale of drugs in the two nations.

For example in 2016, Colombia had 146,000 hectares of coca cultivation (a 52% rise from 2015) according to the United Nations, whose method of measuring is considerably more transparent than that of the US.

This figure rose again in 2017 to 180,000 hectares highlighting the failure of  the $10 billion counter-narcotics strategy “Plan Colombia,” which was inaugurated in 2000.

For Santos, unless international governments and authorities identify the fact that the war on drugs is failing and the availability of illegal substances is continuing unabated, a solution is simply not going to present itself.

“It is time to accept the reality that as long as there are drug users there will be drug suppliers – and that there will always be drug users,” said Santos.

“We need a global drug policy free of prejudice, based instead on empirical evidence and, above all, recognition that there will always be drug users. Drug use should be a matter of public health, not law enforcement. Society wins when it sends addicts to rehabilitation and loses when it locks them in prison,” he added in the article.

Santos has repeatedly claimed during two terms as president that a global acceptance of the realities of our drug problem is required so that it can be treated in a way that prevents the loss of thousands of lives annually.

Arguably one of Santos’ greatest achievements as president was the agreement of a peace deal that saw the Marxist-inspired FARC guerrillas demobilize after more than half a century fighting against the state.

The outgoing president sees this agreement as a crucial opportunity for Colombia to progress with strategies to combat the increasing production of coca, the base ingredient for cocaine.

The surrender of territory by the guerrillas will now enable the government to continue with crop fumigation, safe in the knowledge that they will not be replanted shortly afterwards.

In Colombia, peace with the Revolutionary Armed Forces of Colombia (FARC) offers us a unique opportunity to overcome the illicit crops problem structurally. In the past, fumigated areas were immediately replanted, since they were under FARC protection and lacked a government presence. Now that the conflict is over, the state is establishing a permanent presence, offering legal opportunities for alternative forms of development as well as public goods and services.

The peace deal signed with the Marxist guerrillas in November of 2016, which includes the rural development and crop substitution that proved so successful in Peru has been promoted by the UN and has received US support, in spite President Trump.

While American authorities have been going after organized crime, Colombian and UN officials have been moving into coca regions to get rural communities behind illicit crop removal.

This joint effort is far more comprehensive than any of the US-led strategies carried out over the past decades. Considering Peru’s results, it is also much more likely to succeed.

“In the last year we have managed to add more than 62,000 families to the Voluntary Crop Substitution Program. Crop substitution is much more difficult than crop destruction, but it is the only route to a lasting solution that is in line with alternative development and environmental protection imperatives,” explained Santos.

The US assistant Secretary of State did however admit in March that the US would support peace and rural development in the South American country “through the development of rural education.”

Without indicating that the US would stop pushing the ongoing forced eradication of coca, Shannon announced several additional programs that would stimulate the rural economy as part of the newly announced “comprehensive strategy.”

While critics may point out that a hallmark of Santos’ presidency has been the significant increase in the levels of coca production in Colombia, he is quick to point out that a global drugs strategy is what is needed.

The head of state concedes that governments must “look for ways to cut off the drug mafias’ air supply,” any approach that is not global in scale is likely to just extend the failure that has plagued the drugs war for decades.

“This reflection must be global in scope in order to be effective. It must also be broad, including participation not only of governments but also of academia and civil society. It must reach beyond law enforcement and judicial authorities and involve experts in public health, economists and educators, among other disciplines,” concluded Colombia’s 32nd president.