Santos announced his response to the latest escalation of violence after an emergency meeting with the National Commission for Security Guarantees, a top-level commission that includes ministers, the military and judicial authorities.

Thousands of people protested across Colombia last week to demand protection for their leaders. The United Nations, the United States and the European Union have expressed their concern over the wave of assassinations. 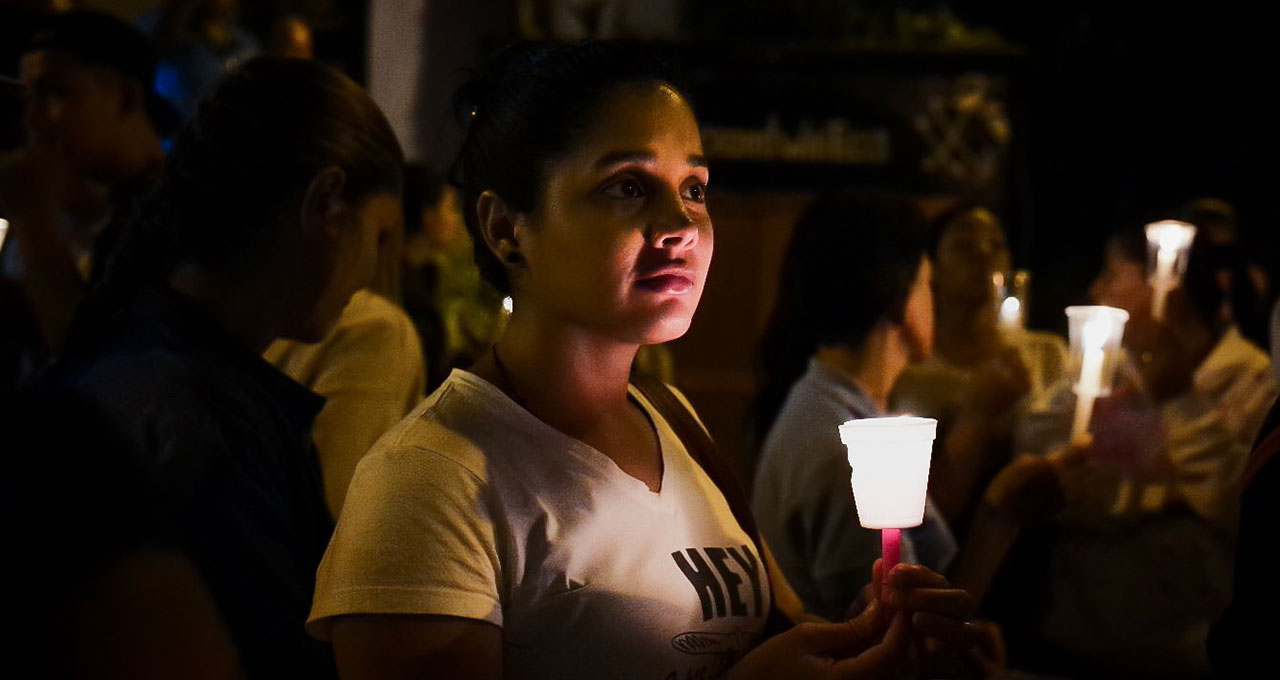 Medellin’s 13th District was just one of the communities where people took to the street. (Image: Francois Luxembourg)

Colombia’s peace process with demobilized FARC guerrillas that has been battered by violence. At least 311 social leaders have been assassinated since 2016, according to the Ombudsman.

Santos, who will leave office in less than a month, called on his successor, President-elect Ivan Duque, to also make an effort to protect the threatened community leaders and human rights defenders.

Duque, an inexperienced dynasty politician, has aligned himself with far-right politicians that have stigmatized activists, minorities and social leaders.

Protecting social leaders will continue to be a priority until the last day of my administration and I hope from the bottom of my heart that it will be priority for the incoming administration. 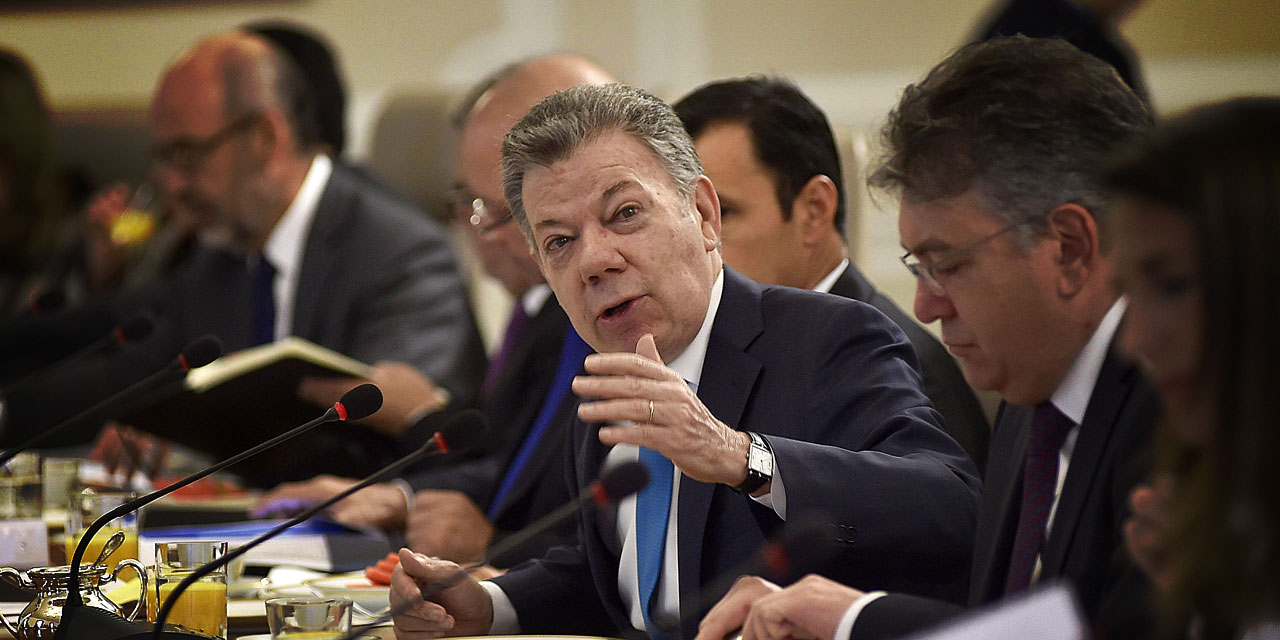 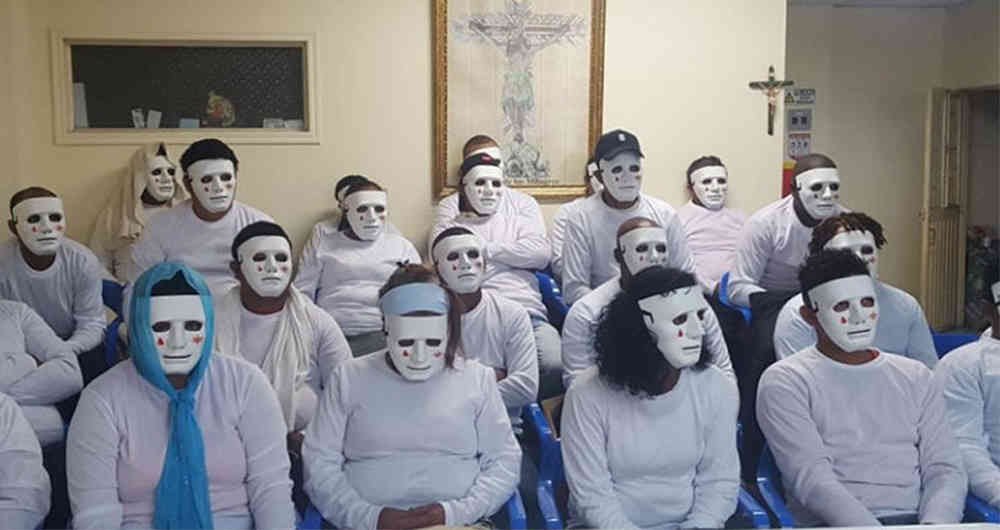 Social leaders from Uraba were too afraid to show their faces when giving testimony about the violence earlier this tear. (Image: Representative Alirio Uribe)

Civilians in the post-FARC line of fire

According to the Ombudsman’s Office, at least 311 community leaders and dozens of former guerrillas and their families have been assassinated since 2016, the year that the peace process with the FARC began.

The election on June 17 of Ivan Duque — whose far-right allies have consistently opposed peace and have stigmatized community leaders — triggered an increase in killings.

Duque, as well as other political leaders, on Tuesday also signed a pact to protect social leaders.

Social leaders killed in the first six months of the year

How to keep Colombia under control

Colombia’s state system apparently failed to assume territorial control in areas abandoned by the FARC, despite multiple major reorganizations in the security forces.

Far-right forces, hired assassins and left-wing ELN guerrillas have been filling the power vacuum in the often lawless regions.

Displaced farmers whose land was stolen by paramilitaries, wealthy landowners and corporations, have been threatened and murdered in an apparent attempt to prevent the return of the property that was stolen amid the fog of war.

Leftist political activists have been attacked in a simultaneous wave of far-right violence.

The interior minister will maintain a hotline with Humane Colombia, the movement of losing presidential candidate Gustavo Petro. At least five of his former campaign workers have been murdered.

The Ministry of the Interior is in charge of talking to Humane Colombia and establishing who is responsible for this kind of persecution against the leaders of this political movement, according to the information it receives. It will be a direct channel to react quickly.

According to Gaviria, Santos pressured his ministers to intensify collaboration with the United Nations, which is monitoring both the peace process and the violence targeting leaders and rights defenders.

According to the UN’s human rights chief, Alberto Brunori, much of the violence is in retaliation to “the defense of land [property], opposition to mega-projects or denunciations of illicit crops. We have received five cases of campaign leaders from [Gustavo Petro] and we also know of murders of former FARC fighters.”

Santos will leave office on August 7, leaving the future of peace and the restoration of human rights in Colombia in the hands of Duque, who has opposed every ongoing efforts to build peace so far.

The peace process seeks to end more than half a century of armed conflict that has killed more than 265,000 Colombians, left 80,000 missing and more than 7 million displaced.