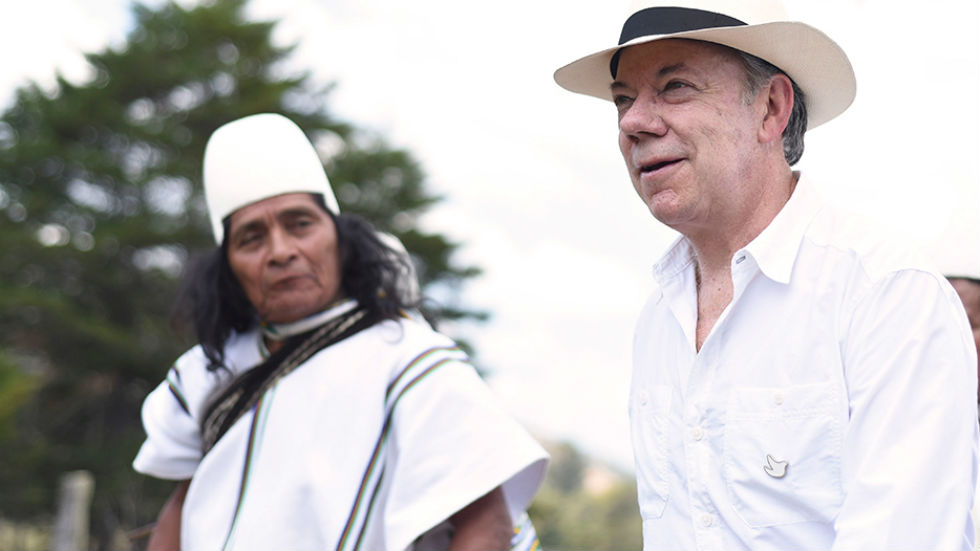 The indigenous Arhuaco people of the Sierra Nevada de Santa Marta were entitled with 500 hectares of land, in an initiative that seeks to preserve and recuperate the local ecosystem through actions that prevent human destruction of forests.

The initiative also aims to prevent the expansion of illicit cultivation and promote the Arhuaco territory as the first area of sustainable peace, while eradicating malnutrition among Arhuaco children, according to Diaro del Sur.

“The peace which we must now build is that of peace with nature. We must embrace nature and reconcile with it,” said Santos.

This was the first time that President Santos had met with people from the Sierra Nevada region since signing the peace deal with the FARC.

Many areas of the region had been affected by the decades long internal conflict.

Santos acknowledged that the Sierra Nevada ecosystem is one of the most important in the world, while adding that the program will have “the entire support of the international community through its environmental contribution.”

The implementation of the peace deal between Colombia’s government and the FARC rebels which includes the redistribution of land and the replacement of illicit crops will have a knock on effect on the country’s environment.

Rates of deforestation for example have surged since the peace deal was signed with the FARC in November, as loggers have rapily taken advantage of the FARC’s absence.

The leftist guerrillas provided protection against deforestation and poaching through a quota system that ensured regular forest policing.

The government will have to respond accordingly to both the physical and political landscape as the agreement is implemented in the coming years.

Colombia is one of the most environmentally rich countries in the world, hosting close to 10% of the planet’s biodiversity, according to the Convention on Biological Diversity.