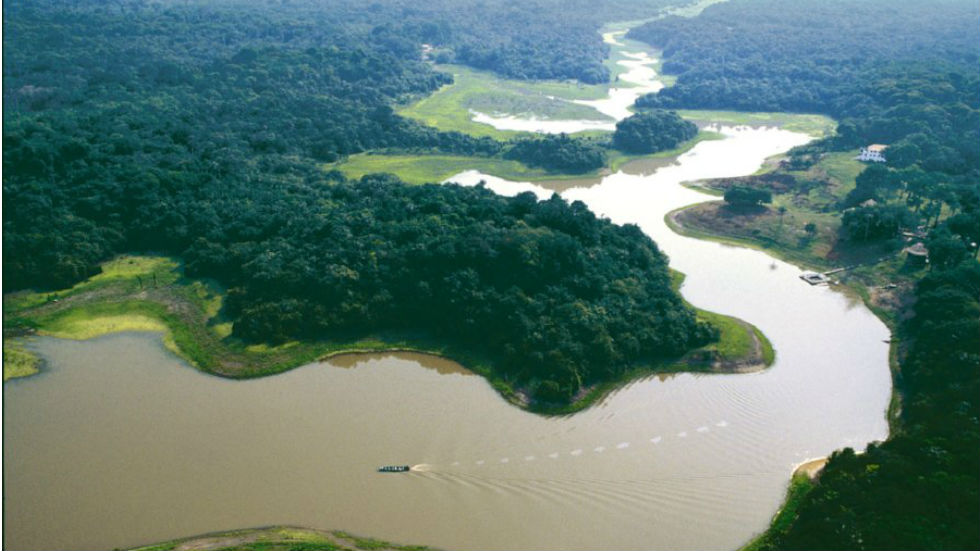 Colombia has witnessed a major rise in deforestation following the departure of the Marxist-inspired rebels from their former territories of control, reported Colombian magazine Pacifista.

Over the past few months men armed with machetes and chainsaws have moved into the Caqueta province in particular and begun slashing down vast swathes of the Amazon rain forest, according to research conducted by the magazine who suggest that and area as large as 40,000 hectares could be affected.

Caqueta is one of the regions being prioritised by the Colombian government during the peace process amid fears of the FARC vacuum being filled by other illegal groups.

“The illegal actors are more effective, faster and are taking advantage of the vacuum left by FARC and the historical absence of the state in this region,” said environmentalist Susana Muhamad’s to Pacifista.

The outsiders began arriving in the area in November 2016 and immediately began logging in the vicinity of the Yari City, Celestial Bride and Cartagena del Chaira municipalities.

Community leaders told Pacifista that the “deforesters” have taken two areas of uncultivated land: one 2,800 hectare area between the villages of Ciudad Yari, Tailandia and La Esmeralda, and another of 3,000 around the villages of Piscinas, Jerico, Bordo de Sabana de Yari and part of Pavo.

They suspect that they are also responsible for a third area of 6,000 hectares south of Ciudad Yari.

A report published by the Army 12th Brigade supports the community leaders’ allegations. A map released by the army show areas of high deforestation precisely where the locals described them. The map, obtained by Pacifista, was made following an arial reconnaissance of the area.

However, in a statement obtained by the same magazine, an anonymous source in the post-conflict ministry said that 40,000 hectares is “an absurd exaggeration”. The source admits that there has indeed been a rise in deforestation, but claims that the total area is 1,700 hectares in the departments of Meta, Guaviare and Caqueta.

The increase in logging has coincided with the departure of the FARC from the region as they move towards the demobilisation zones.

This is not a coincidence, as the FARC guerrillas used to provide protection against logging and poaching in the area. Their departure has left a vacuum and loggers have been quick to capitalize on the lack of policing in the rain forests.

According to social leaders in the area, the guerrillas used to control the logging through quotas.

“The aim was to guard 20% of all farms and keep them in reserve in the mountains, and if someone cut down this 20%, they were punished”, said one of the leaders who chose to remain anonymous. “But lately, since they have no control over the area, people have been cutting down the 20% that used to be protected.”

There are multiple reasons for the “deforesters” to make the most of the lack of policing in the region. For example the high demands for trafficking wood, creating extensive pastures for livestock, cultivating coca and illegal mining.

In January the Colombian Army found illegal dredging machinery along the Apoporis River in the heart of the Chiribiquete National Park which is currently threatened by deforestation.

The risk of damage to the environment following a peace treaty was foreseen as early as 2014, when the United Nations Development Plan (UNDP) published a report titled “Environmental considerations for the construction of a stable, lasting and sustainable territorial peace in Colombia.”

In the recommendations chapter it stated that “alternatives to reducing emissions from deforestation and degradation (REDD) and Payment for Environmental Services (PSA) should be identified and implemented in priority areas for the substitution of illicit crops, or in areas that are highly relevant to conservation”.

Colombia to bring Amazon deforestation rate to zero by 2020

Furthermore, in 2015 other international organisations alerted the Colombian government about post-conflict environmental challenges.

The dispute over the control of illegal economies left behind once the FARC left their territories was a main point. Several NGO’s also pointed out that local institutional weakness and the lack of state presence in some areas could limit the capacity of the government to implement the rural reforms set out in the peace deal.

The Colombian government cannot say they were not warned of the potential for environmental damage.

As a result of this social and environmental tragedy, several organisations have begun to mobilize and resist the situation.

International campaigning community Avaaz, have launched a movement on their website called “Peace does not end with the Amazon”, which demands that Colombian President Juan Manuel Santos properly implements the peace agreement and protects the Amazon.

Colombia’s forests are among the most bio-diverse in the world but many are coming under increasing threat from human activity.