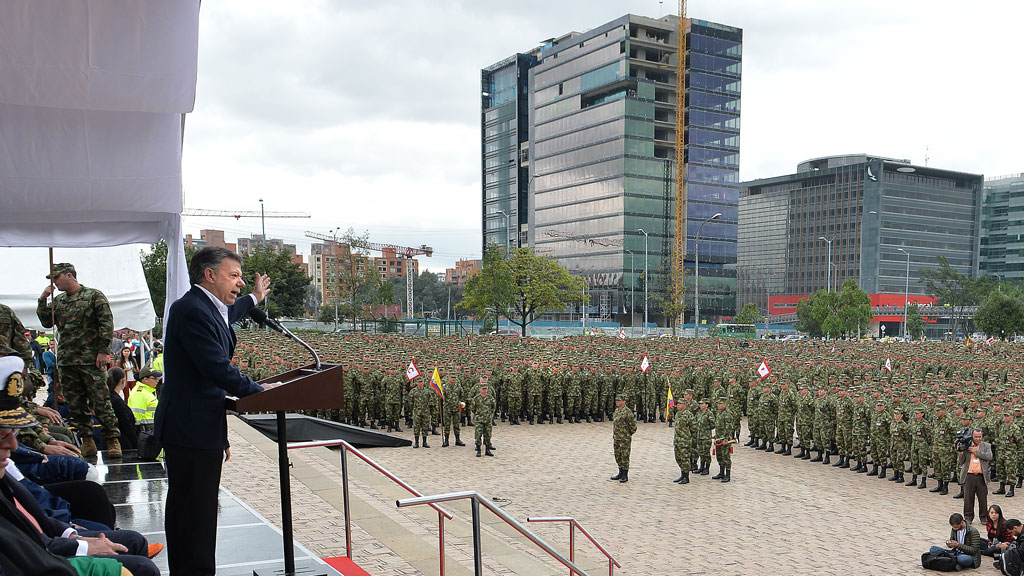 Colombian President Juan Manuel Santos on Thursday announced he would be extending a suspension of air strikes against rebel group FARC, which is holding peace talks with the government.

Santos announced the extension on the National Day of Memory and Solidarity for Victims that is dedicated to the millions of victims of the country’s 50-year-long armed conflict the president and the guerrillas are seeking to end.

Thousands In Colombia March In Support Of Conflict Victims

Months after the FARC, Colombia’s largest rebel group, announced a unilateral ceasefire in order to de-escalate the armed conflict for the duration of the talks, the president announced to suspend the air strikes for a month on April 10.

Military ground offensives against the FARC have continued, which has resulted in the death of several soldiers and guerrillas during the FARC’s unilateral ceasefire and after the suspension of air strikes.

Santos said to evaluate the rebels’ ceasefire at the beginning of next month again to see if the suspension of air strikes can again be extended.

According to the conservative opposition party Democratic Center, an opponent of the talks, the FARC has continued other criminal activity like extortion and drug trafficking.

The opposition has claimed that the suspension of air strikes is putting the lives of ground forces in danger as they can no longer count on air support when carrying our their duty.

However, after the military confirmed that the FARC had kept their word and refrained from carrying out attacks, Santos announced the air strikes would remain on hold.

The FARC and the Santos administration have been talking in Havana, Cuba, since November 2012 and have since agreed on rural reform, political participation of the guerrillas, and the rebels’ abandoning of drug trafficking.

The two parties are currently negotiating a bilateral ceasefire, victim compensation and a transitional justice system in the event the FARC demobilizes.

If agreeing to peace, some 20,000 armed and unarmed FARC members will enter a demobilization, disarmament and reintegration program.

The armed conflict itself will not be entirely over if the FARC ends its violent insurgency as the country’s second largest rebel group, the ELN, has so far failed to come to agreement with the Santos administration about formalizing exploratory peace talks.