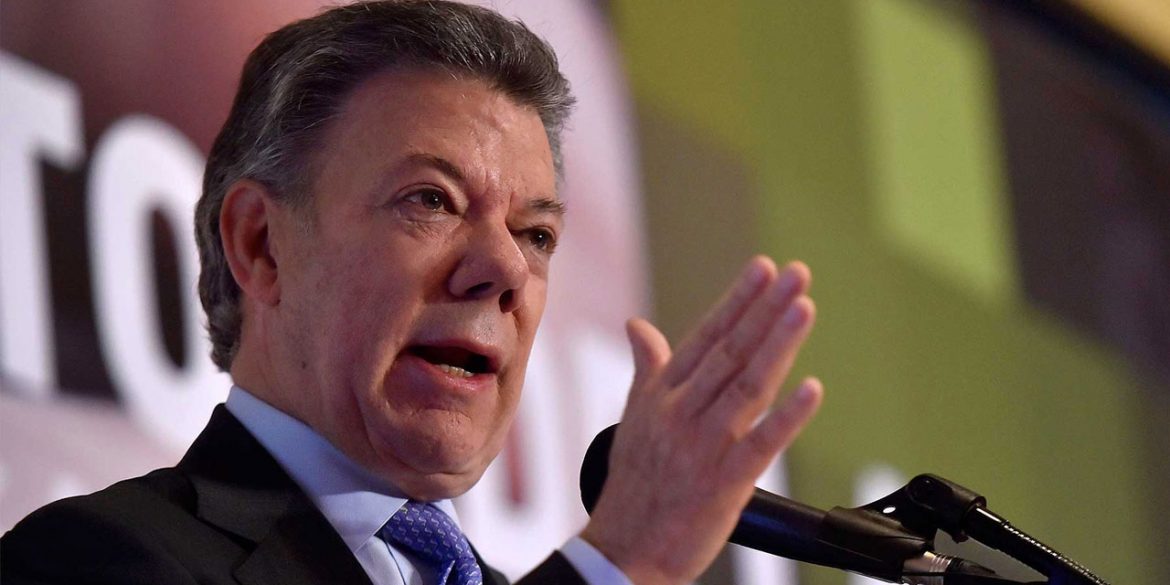 Colombia President Juan Manuel Santos on Wednesday said he was considering to end peace talks with the ELN, the country’s last-standing guerrilla group.

“I am in a dilemma about what to do with the ELN: Do I insist or do I adhere to the public opinion? Because the entire public opinion is in favor of ending the talks,” Santos said.

According to the president, the ELN is incoherent for resuming hostilities after the end of a temporary ceasefire and a resumption of violence on January 9.

The approval of how the government is conducting the talks fell to an all-time low after the resumption of hostilities.

The ELN demanded a new ceasefire that would increase security for social leaders who have come under increased attack of paramilitary groups after the temporary withdrawal of the guerrillas.

The government, which has denied the existence of paramilitary groups, insisted on maintaining the ceasefire that was agreed in September last year.

International observers said that the guerrillas had violated the ceasefire on multiple occasions, but said that the violence in the countryside impeded their freedom to investigate other violations.

Social organizations, particularly from areas where the guerrillas and paramilitaries are active have been mediating the resumption of the talks that Santos suspended after the guerrillas carried our several high-profile attacks.

According to Santos, the ELN “lacks all coherence that could give credibility to any talks in the future.”

“They wouldn’t accept an extension of the ceasefire. We were going to sit down to negotiate a new ceasefire and two hours later they started their terrorist attacks again,” Santos said Wednesday.

The paramilitary and guerrilla violence has put an ongoing peace process with the FARC, until last year the country’s largest illegal armed group, on the brink of failure.

Following a brief drop that followed the FARC peace deal in December 2016, homicides have been up since October last year, the month that the ELN ceasefire took force.

Since talks began in February last year, the president has made an 180-degree turn over the cessation of violence.

The president initially insisted on conducting the talks amid fighting, but ceded under international pressure and mediation by the Catholic Church.

The talks have been marred by mutual distrust between the government and the guerrillas that have been fighting the state since 1964.