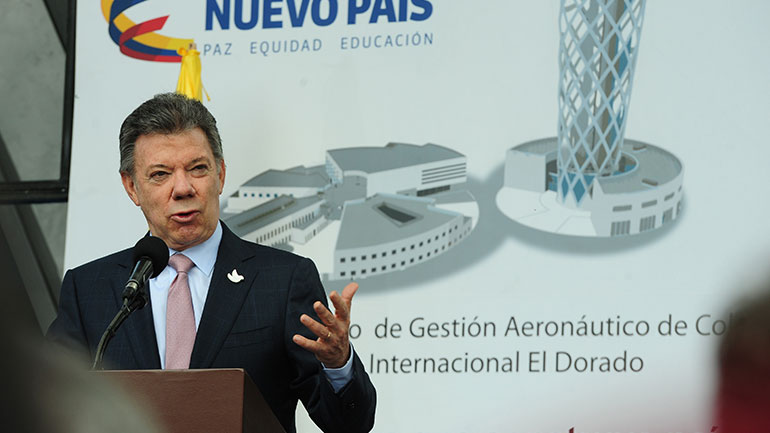 President Juan Manuel Santos congratulated Venezuela on Monday, a day after Colombia’s neighbor massively but peacefully elected the government into the opposition benches of the National Assembly.

Santos diplomatically praised the neighboring country for the “tranquil, transparent and peaceful” elections.

Almost 75% of the Venezuelan eligible population turned out to vote after a heated election campaign.

The elections themselves, however, took place in relative calm.

President Nicolas Maduro, whose government jailed several leading opposition figures, did not challenge the electoral defeat, leaving the national assembly in the hands of a coalition of centrist and conservative parties opposing the government’s socialist political and economic system.

“The week began with the news on the results of Venezuela’s elections,” Santos said. “Tranquil elections, peaceful elections, transparent elections,” the Colombian head of state added.

According to Santos, “the democratic spirit that [liberator Simon] Bolivar and [his second in command, General] Santander sew in the entire region has been strengthened.”

The Colombian and Venezuelan governments are trying to overcome a diplomatic crisis that was spurred by a surprise decision by Maduro in August to close the border and deport some 1,500 Colombians. Another 20,000 Colombians voluntarily left the neighboring country, fearing persecution.