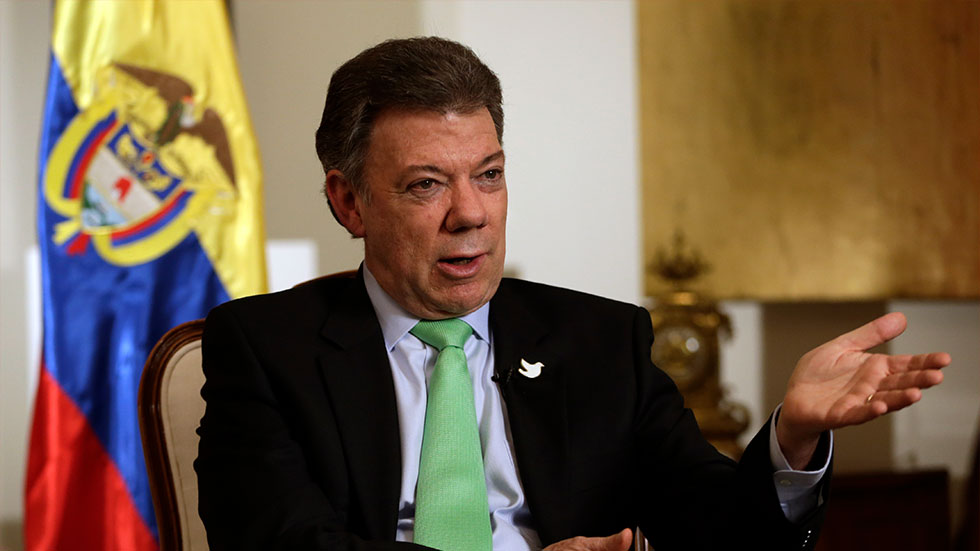 According to the president, the country’s business and political elites have shown more resistance to peace with the country’s oldest rebel group than victims have.

The Santos administration last month successfully ended negotiations with the FARC and is now campaigning for public ratification of the pact in a plebiscite held on October 2.

However, the deal is not without controversy and is met with skepticism, particularly by the elites.

“I don’t understand how my friends in the elite, and I belong to her being a member of the most exclusive clubs in the capital, allow themselves to be misinformed about the benefits of peace,” Santos said in an interview with newspaper El Pais on Sunday.

A large part of Colombia’s economy and politics is controlled by economic and political dynasties, some of whom have been in or close to the highest echelons of power since before the founding of the Republic.

Santos, for example, is a direct descendant of independence fighter Antonia Santos (1782-1819) and a grand-nephew of President Eduardo Santos. His family has long controlled a number of the country’s most influential media outlets.

According to the president, he has found more support for peace with victim organizations than with the dynasties in the capital and the regions.

“The attitude of the victims has been one of the great lessons of this process. I thought they would be tougher and they have been the most generous, the most willing to forgive,” Santos said.

“Sometimes I feel sad that there are people who, after having received the information, do not understand the importance of taking this step so we can leave our children a more peaceful country.”

Victim organizations almost unanimously support the peace deal that has been criticized, not just by the elites, for granting lenient sentences to war criminals.

Santos admitted that five years of negotiations with the hemisphere’s largest-living rebel group have left a peace deal that “although it is not perfect, it is the better than another 20 or 30 years of war.”

The FARC and the much smaller ELN have been fighting the Colombian state, partly to overthrow the elites in control of the state apparatus and the economy.