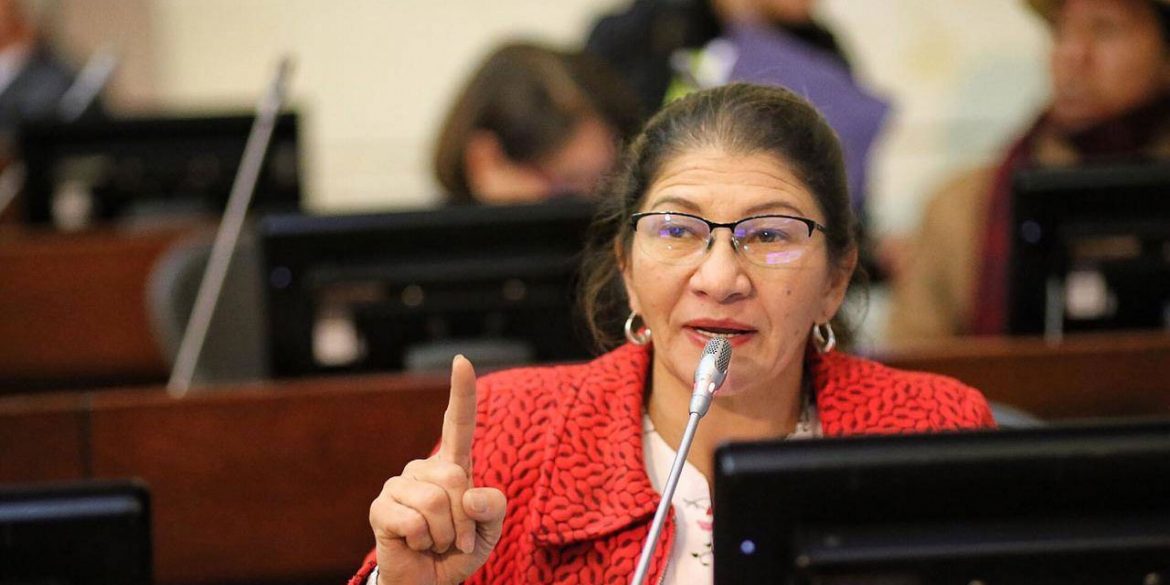 FARC Senator Sandra Ramirez unsuccessfully tried to overthrow Colombia’s state for 35 years as a guerrilla, but two years in Congress were enough to be elected into the senate’s executive board.

Monday’s election of Senator Arturo Char as president caught the initial attention, but was no surprise to anyone. The election of Ramirez as the second vice-president took a little while to sink in as it took everyone by surprise.

Char is a member of one of the richest and most powerful families in Colombia and had his election arranged with traditional parties months ahead of time.

Ramirez was born dirt-poor and was forced to leave high school to take care of her brothers and sisters when her mother fell ill and was no longer able to take care of the family farm.

At 17, the farm girl had had enough and joined the guerrilla group FARC until they demobilized and disarmed in 2017.

Being a former farm girl and a former guerrilla, Ramirez gaining a seat with the top bosses of Colombia’s Congress hadn’t even crossed her mind.

The two years she spent in the senate as part of a peace process that followed a 2016 peace deal apparently impressed her colleagues enough to elect her.

“Isn’t this the first time a woman of my status has been in that position?” Ramirez asked newspaper El Espectador on Tuesday. After verification, the daily confirmed that no former guerrilla born in such poverty ever made it that far.

Former President Alvaro Uribe, a fierce opponent of the FARC, personally congratulated Ramirez and expressed his respect for the former guerrilla on Twitter. “She debates with coherent arguments,” the far-right leader told his followers.

With his Tweet, Uribe ended a barrage of hate speech on the social media platform in which the FARC senator was called a “murderer.”