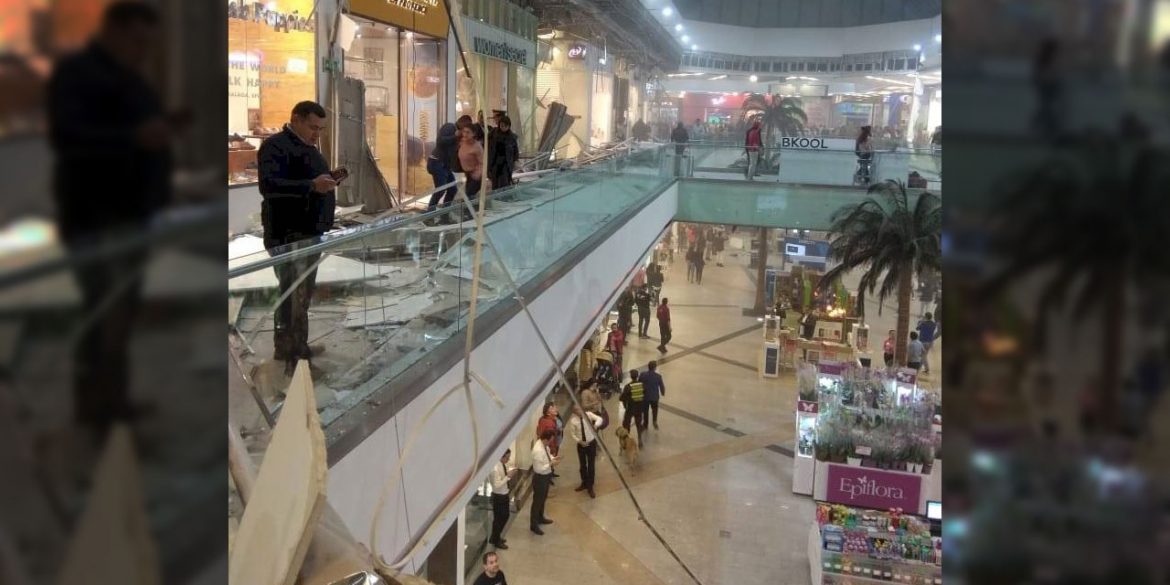 Fourteen people were injured when part of the roof of a Bogota shopping mall came down on Saturday.

None of the injuries were serious and no people are believed to be trapped under the rubble at the Unicentro mall, according to the Bogota fire department.

While leaving no fatalities or serious injuries, the collapse of the roof did create panic as some believed that they heard shots being fired before the roof came down.

“The first thing we heard was something like shots, so we were already on alert, but we never thought that the whole roof would come down on us,” one of the witnesses told El Tiempo.

The reports of possible shots were not confirmed by the authorities who began an investigation into the accident.

The mall will remain closed until further notice.