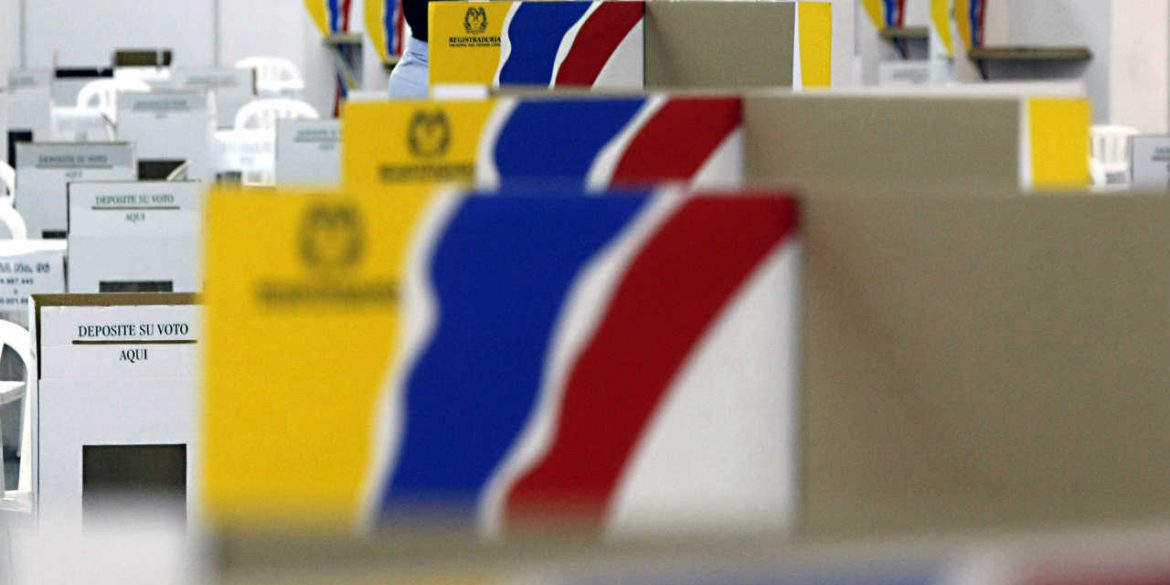 Risk of armed intervention during elections remains in quarter of Colombia: ombudsman

Congressional elections in a quarter of Colombia are at risk for a possible intervention by illegal armed groups, according to the country’s ombudsman. This risk is under control, the national government said.

Ombudsman Carlos Negret issues his Early Electoral Risk Alert on Thursday, claiming that 287 of Colombia’s 1,100 municipalities are at risk because of the presence of illegal armed groups.

“To date, no illegal armed group has publicly manifested interest in attacking the electoral contest. Notwithstanding, their mere presence, as well as recently carried out actions, could affect the liberty of the electorate and candidates,” Negret said.

The congressional election on March 11 are the first to include the FARC, the group that until last year was the latest guerrilla organization in the country.

Other groups, however, continue to have the capacity to influence the elections.

Guerrilla group ELN, for example, poses a significant threat in 148 municipalities. Paramilitary group AGC poses a threat in 127 and FARC dissidents in 78.

Paramilitary groups smaller than the AUC pose a threat in 70 municipalities and the EPL group in 17, according to the Ombudsman’s Office.

“These risks … in no way are comparable to previous votes,” said Vice-President Oscar Naranjo, who is in charge of public security during the elections.

According to the VP, there has been a “considerable drop” in risk compared to 2014 when the FARC controlled approximately one third of the country’s national territory.

Interior Minister Guillermo Rivera told press that “the security forces and authorities have very concrete tasks to make sure these risks are averted.”

With the exception of a few incidents, Colombia’s elections have generally been peaceful over the past decade.

The FARC, which is guaranteed 10 seats for the coming eight years, suspended campaigning after angry mobs threatened their campaign rallies.

Political extremists the bottles and rocks at one campaign event of an independent leftist candidate. Other than that, the process has been without violent incidents.