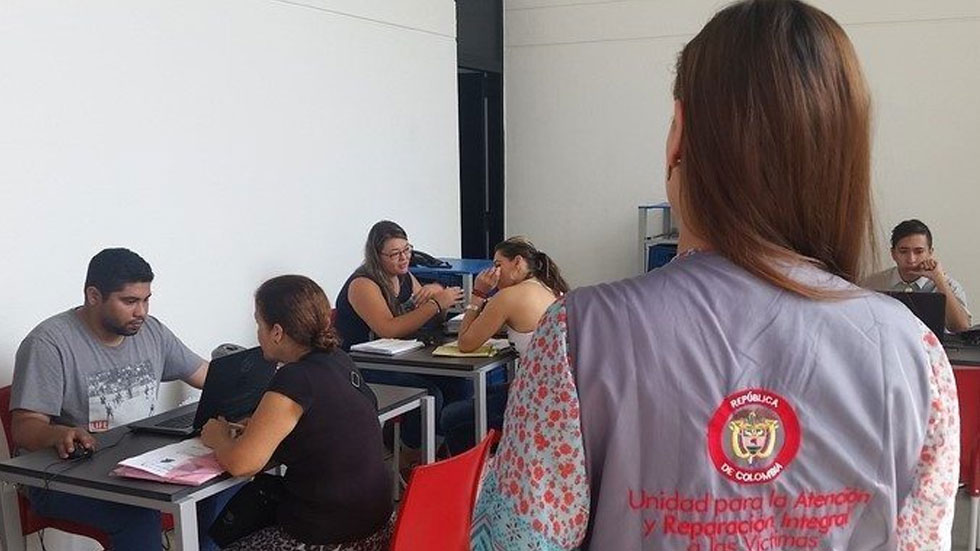 Colombia’s prosecution arrested seven officials of the Victims’ Unit in the Antioquia province, an entity dedicated to providing funds to regional victims of the country’s armed conflict.

It is expected that the seven people who were arrested on Friday will be charged with conspiracy to commit crimes, misrepresentation of documents, abuse of access to a database containing personal information, embezzlement and bribery.

Among those arrested on Friday was Jorge Mario Alzate, director of the Antioquia Victims’ Unit.

The officials are alleged to be part of a network that has embezzled over $77,000 (232 million pesos) from the Victims’ Unit.

“They appropriated money from this entity through identification cards and numeric quotas that had not yet been issued by the National General Registry just as they falsified documents to [be able to] reach these funds that belong to the victims,” Medellin’s Director of Public Prosecutions, Claudia Carrasquilla, told Caracol Radio.

According to Carrasquilla, the network allegedly defrauding the victims’ unit has been operating for roughly two years.