Extradited Colombian drug lord “Diego Rastrojo” has been sentenced to 30 years in prison in the US, local media reported on Wednesday. 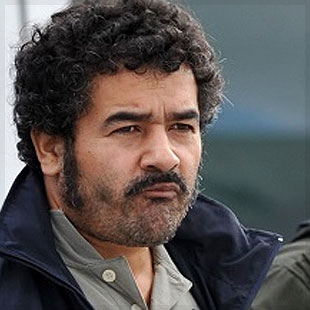 Rastrojo, whose real name is Diego Perez Henao, was the founder and military commander of what was earlier this decade Colombia’s principal drug trafficking organization, “Los Rastrojos,” that descended from the now-defunct Norte del Valle Cartel in southwest Colombia.

By a federal court ruling in Florida, Rastrojo was also ordered to pay a $1 million fine and is subject to a five-year conditional release following the completion of his sentence, according to El Pais.

The senior drug lord was arrested in Venezuela in June 2012 with the help of Colombian police and extradited to the US in August 2013.

After his initial declaration of innocence, in January of this year Rastrojo admitted his guilt in the manufacture and distribution of tons of cocaine with the knowledge that it would be sent to the US.

After his 2012 capture the other leaders of the crime syndicate, the Serna brothers, soon surrendered to the police, leaving the Rastrojos in disarray. They suffered further setbacks in 2013 after leaders “Jefer” and “Palustre” were also captured.

The Rastrojos have now been replaced by rival organization “Urabeños” as Colombia’s principal drug-trafficking organization. Authorities have made no statements on the group’s current leaders.