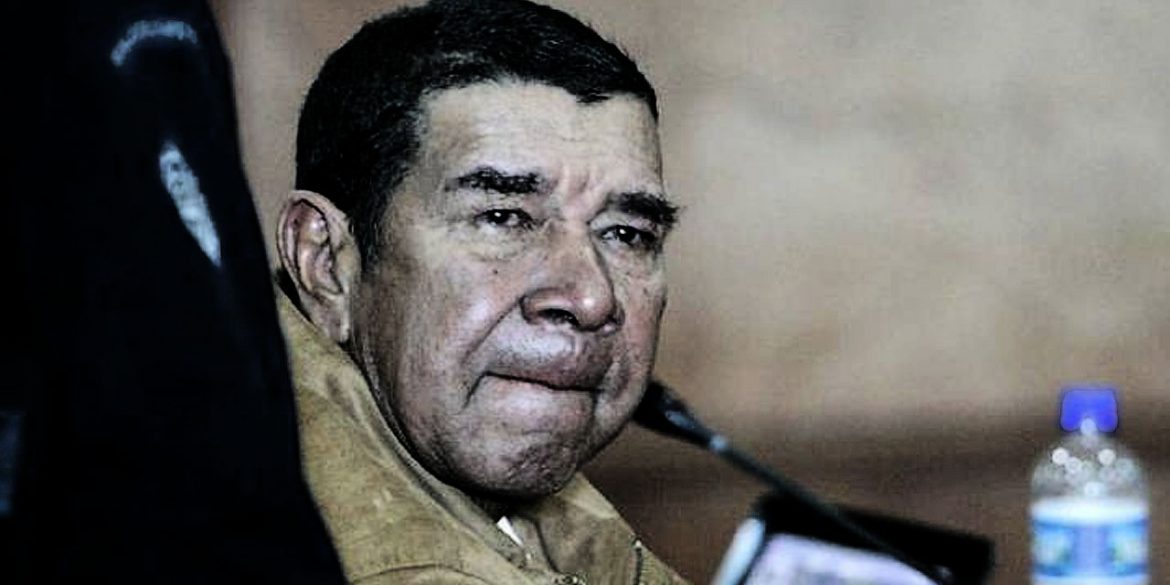 Ramon Isaza, the warlord who made peace with FARC 43 years after taking up arms

Ramon Isaza was among the first in Colombia to take up arms against guerrillas and became the latest former paramilitary commander to shake hands with demobilized FARC members.

The historic handshake on Friday went as unnoticed as much of the life of “The Old Guy,” who has avoided media attention during much of his life.

The 80-year-old Isaza spent much of his adult life in arms, initially as a common soldier and later as one of Colombia’s most senior paramilitary commanders.

The man from Magdalena Medio

Isaza grew up in Puerto Triunfo, a rural municipality in the heart of the Magdalena Medio region, during “La Violencia,” a decade of extreme partisan violence between liberals and conservatives.

This violence was particularly tense in Magdalena Medio because of its strategic location between Bogota and Medellin and because of the presence of the country’s largest oil refinery in the informal regional capital, Barrancabermeja.

Isaza was drafted at the end of the civil war and served in the military between 1958 and 1961 as tensions in the countryside continued.

The FARC, which was founded in 1964, began an offensive to take control over the region in 1968, extorting large landowners to finance their relatively young guerrilla group.

The ELN, which was founded the same year, was mainly influential among oil workers in Barrancabermeja.

Isaza and seven of his neighbors founded “Los Escopeteros” in 1977 to protect his municipality from the growing guerrilla threat and violently oppose any other “undesirables” with the financial support the local landlords. 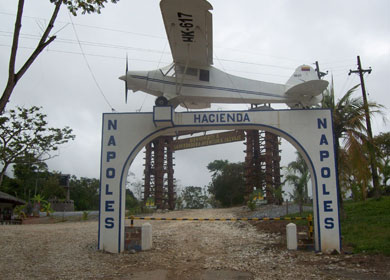 The old gate of Hacienda Napoles

Late drug lord Pablo Escobar bought the Hacienda Napoles estate in Puerto Triunfo in 1978 and converted his rural estate in the headquarters of his growing drug business.

Escobar and his business partners founded their own paramilitary group, “Death to Kidnappers,” or MAS, in response to the kidnapping of Marta Ochoa, a member of the Ochoa Clan, by M-19 guerrillas in November 1981.

This paramilitary group that would later become the Medellin Cartel embarked on a terror campaign against anyone deemed a leftist until the M-19 released Ochoa in February 1982.

While Los Escopeteros were barely able to defend themselves against attacks from the FARC, the “narco-terrorism” employed by MAS had the M-19 begging for mercy within months.

After mediation of the Magdalena Medio Ranchers and Farmers Association (Acdegam), Isaza and his 48 subordinates joined Perez in 1984.

Financed by the cartel, the paramilitaries were now not just able to defend the land owners’ interests against the guerrillas, but able to expand them with the help of local politicians and the military.

This so-called “Puerto Boyaca model” was replicated throughout Antioquia and allowed the creation of paramilitary groups that served both the interests of the Medellin Cartel and the regional elites. 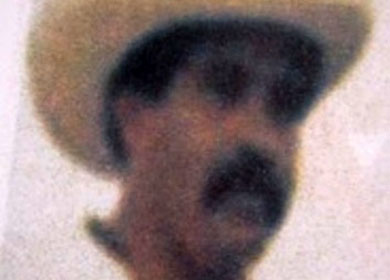 While the Medellin Cartel used the paramilitary training to embark on a “narco-terrorism” campaign against extradition, local elites would use them to kill political enemies.

Perez sent Isaza to the Yari Plains in southern Colombia to train some 90 paramilitary fighters inside FARC-controlled territory.

When the now-senior paramilitary commander returned to Puerto Boyaca in 1988, the country was sinking into one of its most violent periods in history.

The Medellin Cartel was assassinating policemen left and right while the police and the paramilitaries were on their own anti-subversive terrorism campaign.

The violence escalated in 1989 when the cartel assassinated presidential candidate Luis Carlos Galan on August 18, bombed Avianca flight 203 on November 27 and bombed the main office of intelligence agency DAS on December 6.

The authorities struck back and killed El Mexicano on December 15.

Following the killing of the main intermediary between the cartel and the paramilitaries, Perez and Isaza wanted to take a distance from Escobar.

The Medellin Cartel founder wanted the opposite and, according to Isaza, demanded that the paramilitaries joined his full-on war against the State.

Isaza told the court Escobar expelled him Haciendo Napoles in early 1991 and asked Perez for his head for refusing to join the cartel war against the State.

Escobar, who didn’t like me because I patrolled his land and mountains several times, asked Perez and offered him several million for my head, or to let him kill me. Perez got annoyed and refused because he considered me his friend and because I had helped him with the kidnapping of his father.

With the paramilitaries now openly against him, the Medellin Cartel founder made a deal with the government that would allow him to be imprisoned in his own prison, “La Catedral,” just outside of Medellin on June 20, 1991.

Perez was assassinated exactly a month later in what Isaza believed was a hit ordered by Escobar from prison.

Some 700 men of the Self-Defense Forces of Puerto Boyaca, now under the command of “Ariel Otero” agreed to demobilize.

The war for Magdalena Medio

The Puerto Boyaca paramilitaries descended into a chaotic turf war after the Cali Cartel ordered Otero’s assassination in January 1992 and Escobar broke prison in July.

According to Isaza, he and four other former subordinated of Perez started a war that lasted until the local land owners ordered.

Escobar was killed in December 1993, but it took the group of the former Escopeteros commander until the end of 1994 to rid Magdalena Medio of Medellin Cartel remnants.

Land owners divided the Magdalena Medio region in three, leaving Isaza in charge of his old stomping ground in eastern Antioquia while giving “Botalon” control over Puerto Boyaca and “El Aguila” control over the Cundinamarca Bloc of the Rural Self Defense Forces of Magdalena Medio (ACMM).

According to the court, Isaza revived the combat training schools Perez originally founded in the 1980’s and gradually took control over the entire ACMM.

When “The Old Guy” joined paramilitary organization AUC in 1997, he was already in his late 50’s and put his sons and nephews in charge of the different fronts under his command, creating what is now known as the “Isaza Clan.”

When the AUC’s most senior paramilitary commander demobilized in February 2006, he had more than 900 men under his command and had expanded his territory well into the Tolima and Cundinamarca provinces.

Isaza was imprisoned to 20 years in prison in 2009 over a 1994 attack on intelligence officials in Antioquia.

The former paramilitary commander is suspected of having forcibly disappeared more than 1,500 people and was released from prison to return to his home in Puerto Triunfo in 2016.

Some 43 years after “The Old Guy” began fighting the FARC with seven of his neighbors, Isaza welcomed 300 former guerrillas on their way to Bogota to demand an end to the mass killing of demobilized guerrillas.