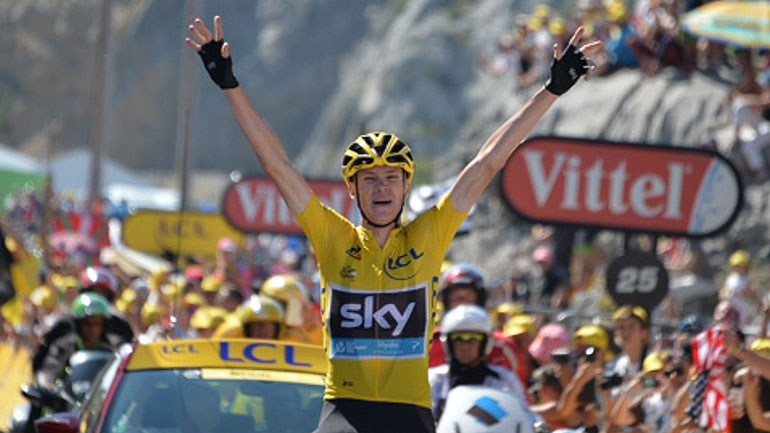 Quintana loses to Froome but climbs in Tour classification

Colombia’s Nairo Quintana lost a minute to an impressive Chris Froome in the Tour de France’s first mountain stage, but climbed in the general classification to become third.

Froome (Sky Team) surprised friend and foe with a stunning attack 6.4 kilometers ahead of the first summit of the tour’s 10th stage.

The Brit had fooled competitors into thinking he would take a defensive approach to conserve his 12 second lead over American rider Tejay van Garderen and his almost two-minute lead over Quintana, one of the world’s most feared climbers.

Most eyes were on Quintana, who was expected to use his climbing abilities to attack Froome.

However, due to Froome’s successful surprise attack, Quintana lost another minute to the powerful leader of the tour and is now three minutes and nine seconds behind the yellow jersey.

“Froome’s superiority is implacable. He’s stronger than all of us. His rhythm uphill was too high for my abilities of the day. The last climb was hard with a hell of a heat. I’ll have to see how my legs and my body will recover from that,” Quintana said at the finish.

The Colombian’s response to Froome’s escape was much better than that of the number two in the race, Van Garderen, who finished nearly a minute and a half after Quintana and now only has a few seconds lead left over the Colombian.

As a result, Quintana was able to take the stage to put on the white jersey for best young rider in the general classification.

Last year’s winner, Vicenzo Nibali, got washed away and is now six minutes and 57 seconds behind the leader.