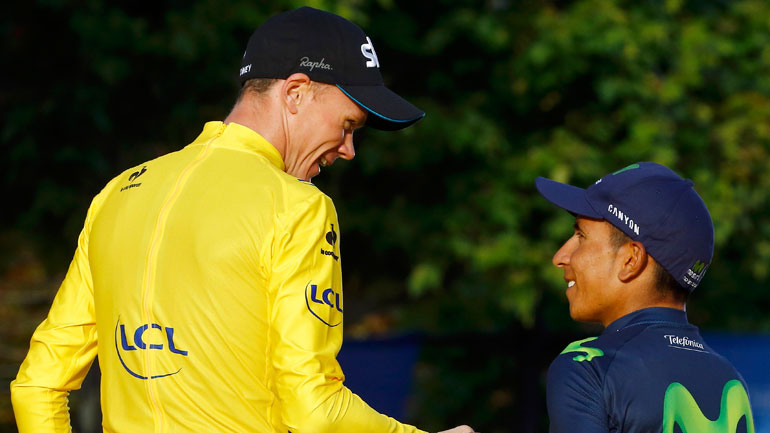 Colombia’s Nairo Quintana ended second in the Tour de France on Sunday, leaving before him only Chris Froome with an advantage of one minute and 12 seconds.

Quintana’s second place is good enough for him to take him the white jersey for best young rider.

However, the Tour quickly turned into a duel after the double Tour winner from Spain and the Italian defending champion cracked in the Pyrenees.

Froome, the first Briton to win the Tour twice, made his mark in the mountain stage to La Pierre St Martin in the 10th stage before riding defensively to hold off Quintana, who came close to make him crack in Saturday’s stage to l’Alpe d’Huez.

Froome, who crashed out of the race last year, also relegated Quintana to second place in 2013 and their rivalry could develop into a classic one.

Last year, Quintana took home the polka-dot jersey for being the best performance in the mountains.

The Tour de France, widely regarded the most prestigious cycling event in the world, has never been won by a Colombian.