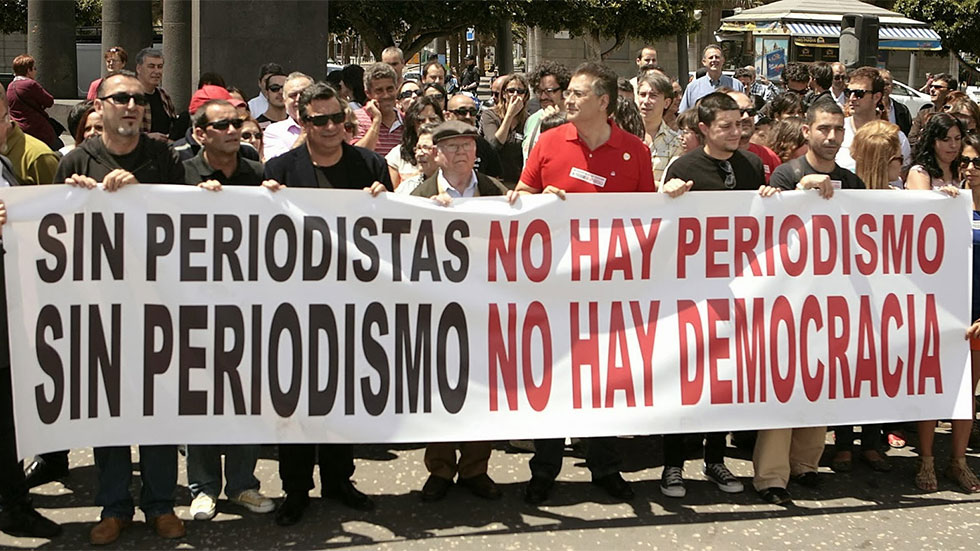 The RSF expressed a “degree of hope” thanks to last year’s peace deal between the administration of President Juan Manuel Santos and the country’s oldest and largest guerrilla group, the FARC.

The end of a conflict that had been a constant source of censorship and violence against the media bodes well for freedom of information.

Nevertheless, the ongoing activity of drug trafficking and paramilitary groups engaged in both political and criminal activity continue to be the biggest threat to journalists, the RSF said.

“Physical attacks, death threats, and murders are still common, with the result that Colombia is one of the Western Hemisphere’s most dangerous countries for the media,” according to the RSF.

Additionally, “this violence, in which local officials are often complicit, often goes unpunished.”

Investigative reporting is close to impossible in Colombia because of the violence inflicted on reporters by drug cartels, paramilitary groups and organized crime.

The Americas’ best countries for journalists

The only countries in the hemisphere scoring worse than Colombia, which occupied the 129th spot on the list of 180, were Mexico and Venezuela.

The country with most press freedom in the hemisphere is Costa Rica, followed by Jamaica and Canada.

Scandinavian countries topped the global press freedom list with Norway being the most press-friendly country on the planet in 2016, according to RSF.

The world’s worst country for journalists is North Korea, followed closely by Eritrea, Turkmenistan and Syria.