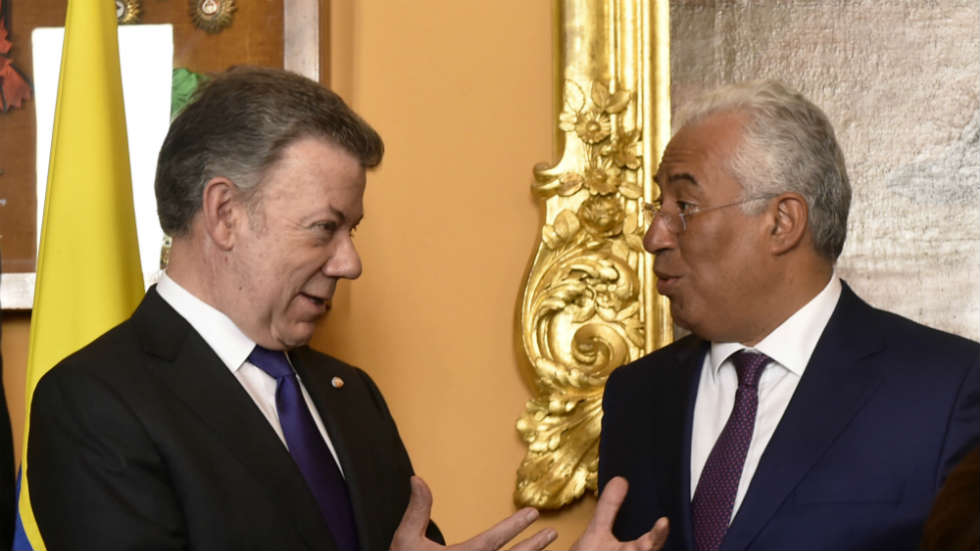 Portugal on Monday is contributing €200,000 ($230,000) for Colombia’s efforts to curb drug trafficking through the substitution of coca crops, President Juan Manuel Santos announced.

The announcement was made by the Colombian head of state after a meeting with his Portuguese counterpart Marcelo Rebelo de Sousa in the capital Lisbon.

According to Santos, the Portuguese contribution to the European peace fund will be used to help coca farmers in conflict areas to grow cocoa.

I want to thank you, President Rebelo, you and to the Portuguese people, for your support for the most important thing that we have achieved in Colombia and throughout the Latin American region in recent years: peace.

Colombia and its ambassadors in Europe have been promoting the joint European peace fund since 2014 when Santos visited several European capitals in search of support.

Portugal vowed aid when talks then, but the country’s government hadn’t clarified how much it would contribute until Monday.

We have always supported Colombia in its struggle, that is why we support them in the European Union and in the United Nations. We defend a vision of the world with more peace and human rights and we will continue with this support in the post-conflict.

The International Crisis Group, an NGO that monitors the peace process independently, called on the international community last month to contribute to the counter-narcotics efforts.

The Colombian government later signed a $315 million agreement with the United Nations’ Office on Drugs and Crime to help with the voluntary substitution of illicit crops.

The program has been without support from the United States, which supports forced eradication of coca. This strategy, however, has spurred social unrest that killed at least nine farmers.

Colombia is the world’s largest cocaine producer in spite of decades of efforts to curb the illicit trade.

The crop substitution program is part of the peace process that seeks the end of more than half a century of armed conflict that has been fueled by the drug trade since the early 1980s.