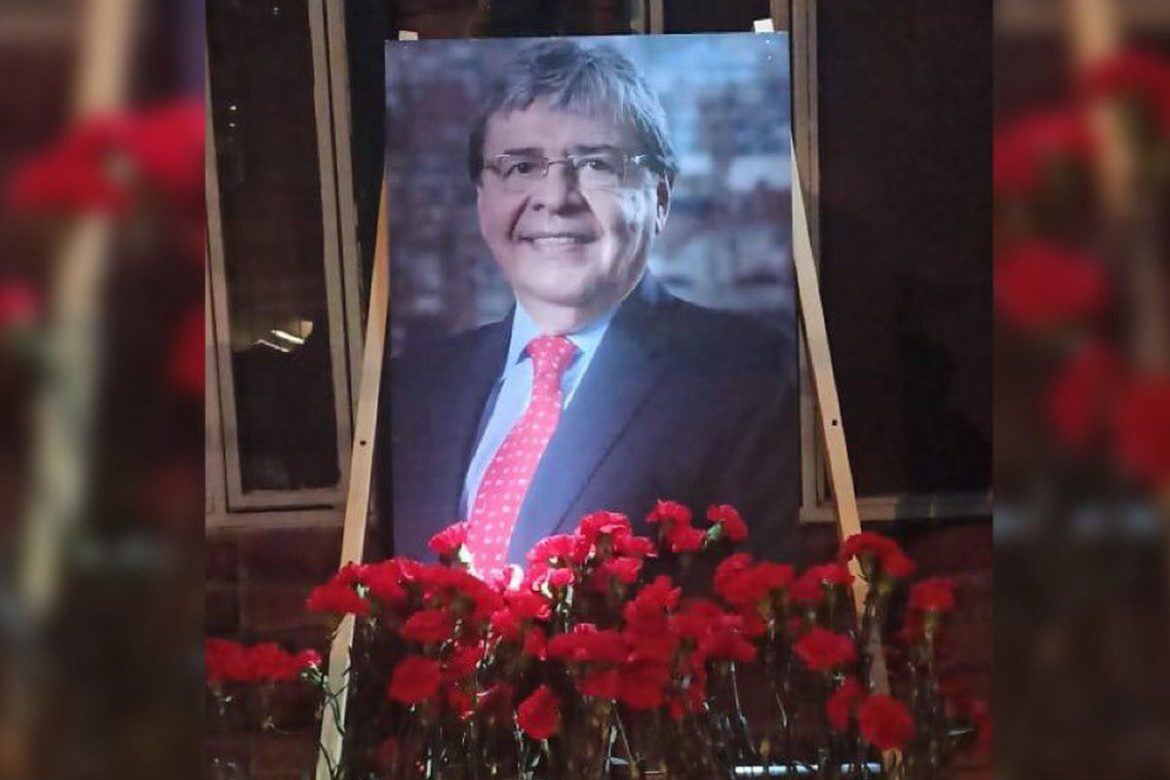 International responses to the death of Colombia’s defense minister on Tuesday were warm, but political vultures are lurking from the sky and lobbyists are seeking inroads.

Radical critics of Defense Minister Carlos Holmes Trujillo, who died of health complications due to COVID-19 on Tuesday, refused to allow the family to grief in peace with vile attacks on social media.

Think tanks and lobbyists from Colombia and the United States glorified the controversial defense minister, but refused to acknowledge the existence of victims of human rights violations allegedly committed with the complicity of the late minister.

The responses polarized social media, mainly Twitter, where citizens, politicians and DC insiders were taking part in the public debate.

Colombia’s congressional opposition unanimously expressed its remorse over the defense minister’s passing, but was unable to curtail resentment against Trujillo by its more radical supporters.

One exiled citizen called the late defense minister of President Ivan Duque a “massacring terrorist” in reference to Trujillo’s alleged complicity in a massacre of 13 people in the capital Bogota last year and staggering increase in massacres since the defense minister took office in November 2019.

Others called Trujillo an “enemy of the people,” compared the late defense minister with late Nazi propaganda chief Joseph Goebbels or remembered the ties between the late minister’s father and now-defunct drug lord Pablo Escobar.

The defense minister’s death spurred Duque to declare a three-day mourning period for Colombia’s COVID deaths “including our defense minister,” which was distorted by some government opponents who falsely claimed the honor was meant exclusively for Trujillo.

We have been in mourning since Ivan Duque took office.

Because of the late Defense Minister’s controversial CV and human rights records, most foreign responses were moderate, with the exception of the US Government, the Venezuelan opposition and Washington DC-based NGO’s that rely on federal and corporate spending.

US State Department spokesperson Ned Price said the late minister was “a patriot, defender of democracy, and partner to the United States,” going as far as claiming that Trujillo “enhanced regional security and well-being.”

The diplomatic flattery was the most significant since US President Joe Biden took office after visible misgivings over support by Colombian government officials for former President Donald Trump in last year’s elections.

Matt Swift of  the Concordia Summit, an organization close to the Organization of American States (OAS), said the late defense minister “was a remarkable leader, defender of freedom, and a genuinely good man. He served Colombia with great distinction.”

The Americas Society/Council of the Americas, another DC think tank, said Trujillo “served his country faithfully for decades and was generous in sharing his wisdom and insights with us.”

According to the Latin America Center of the Atlantic Council lobby group, “Trujillo was a champion for multilateralism and for the US-Colombia relationship, as well as an advocate for democracy in Venezuela. A remarkable leader and person.”

Venezuelan opposition leader Juan Guaido, whose political future has become uncertain, called Trujillo an “invaluable human being, a loyal supporter of democracy and a great Colombian.”

United Nations spokesperson Stephane Dujarric politely expressed gratitude to the late defense minister “for having been an important support” to observers of the peace process “and the UN Country Team.”

The European Union’s ambassador in Colombia said Trujillo was “a great man with whom the European constructed a lot. I am overcome by sadness to lose a friend.”

“Despite the differences we’ve had, he always maintained a frank, open, productive and above all very humane dialogue with me,” Americas Director Jose Miguel Vivanco of Human Rights Watch said.

Latin America director of the International Crisis Group, Ivan Briscoe, sent “deep condolences” and called Trujillo “a  statesman and a true friend of” his NGO.

Human rights NGO Washington Office on Latin America made no public statement on the passing of Colombia’s defense minister.