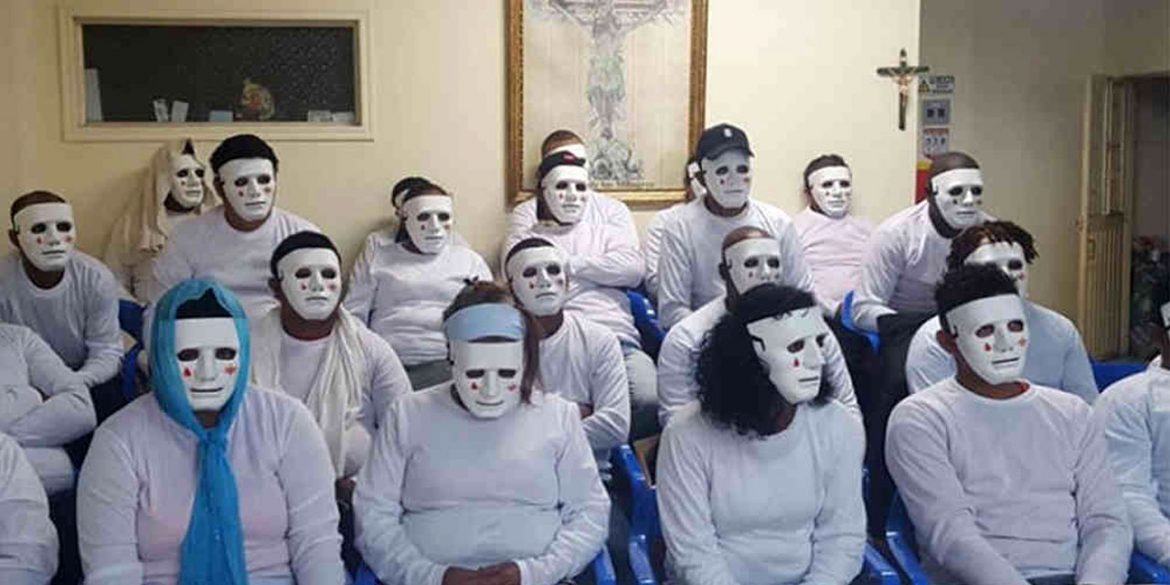 Victim representatives from the northwest of Colombia from Uraba last year testified over violence in their region wearing masks out of fear of violent retaliation.
News

Deadly political violence in Colombia dropped 19% in the first half year of 2019 compared to the same period last year when political motivated murders spiked to its highest level since 2014.

According to think tank CERAC, “a 19% reduction of people killed in political violence was registered in the first six months of 2019 compared to the same period last year, going from 78 to 63.

Compared to the second half year of 2018, the most politically violent of the past five years, political homicides dropped 38%, according to the thank tank’s database.

Political violence in general dropped in the first half of of this year compared to the same period year, according to CERAC.

CERAC alerted last month about a sudden spike in political killings in May, but this turned out to be a deviation from the trend of dropping politically motivated homicides that began in January.

According to CERAC, political violence is prevalent less than 10% of the country’s municipalities, but “worryingly high” in mayor cities like the capital Bogota, the cities of Medellin and Cali, port cities like Buenaventura and Tumaco, and the city of Cucuta on the Venezuelan border.

The violence registered so far in 2019 primarily targeted community leaders and defenders of victims rights, according to CERAC.

The most common form of political aggression is the sending of death threats of which it registered 77 cases, the think tank said, echoing concerns of the country’s ombudsman who said last week that almost 1,000 community leaders and human rights defenders are threatened to be killed by paramilitary groups, organized crime or violent actors in politics and business.