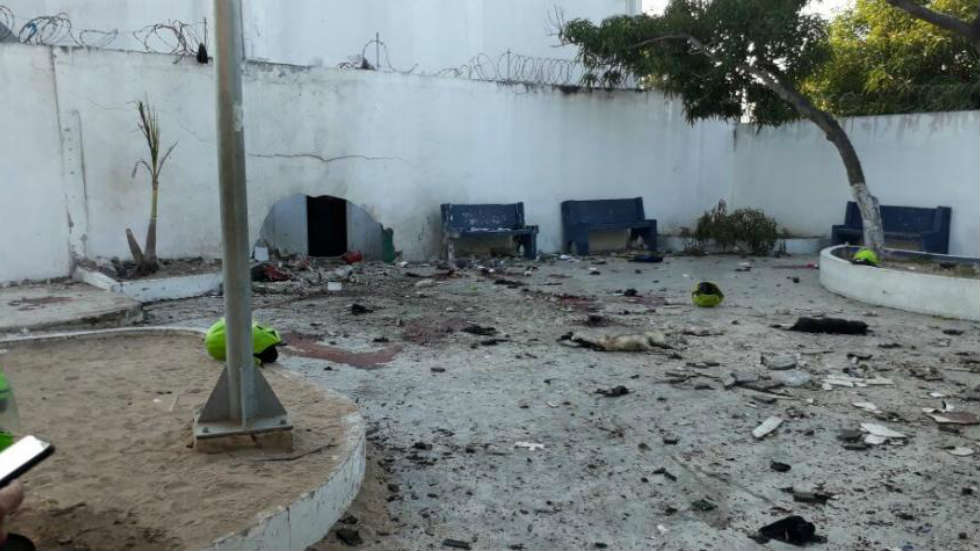 At least three policemen were killed and 23 were injured in an explosives attack on a police station in Barranquilla, Colombia’s biggest port city on the Caribbean coast.

Two persons on a motorcycle threw an explosive into the police station’s patio around 6:40AM, exactly when a group of officials had gathered for their morning briefing, according to some media.

Blu Radio reported that the explosive was caused by a bomb that had been placed inside the police station.

Barranquilla Police commander General Mariano Botero did not say what kind of explosive went off when talking to the press.

According to Blu Radio, police sources have said that they suspect that the attack was perpetrated by drug traffickers to avenge the arrest of “Happy,” an alleged drug lord.

Happy is alleged to have ties to the “Rastrojos” drug trafficking organization from Cali and the Gaitanista Self-Defense Forces of Colombia, a paramilitary group called “Clan del Golfo” by authorities.

President Juan Manuel Santos said on Twitter that “we will not rest until we find those responsible” for the “cowardly attack.”

National Police director General Jorge Nieto also condemned the attack and reportedly canceled a planned visit to Medellin to lead the investigation in the port city.

According to the police, one person was arrested in relation to the attack.