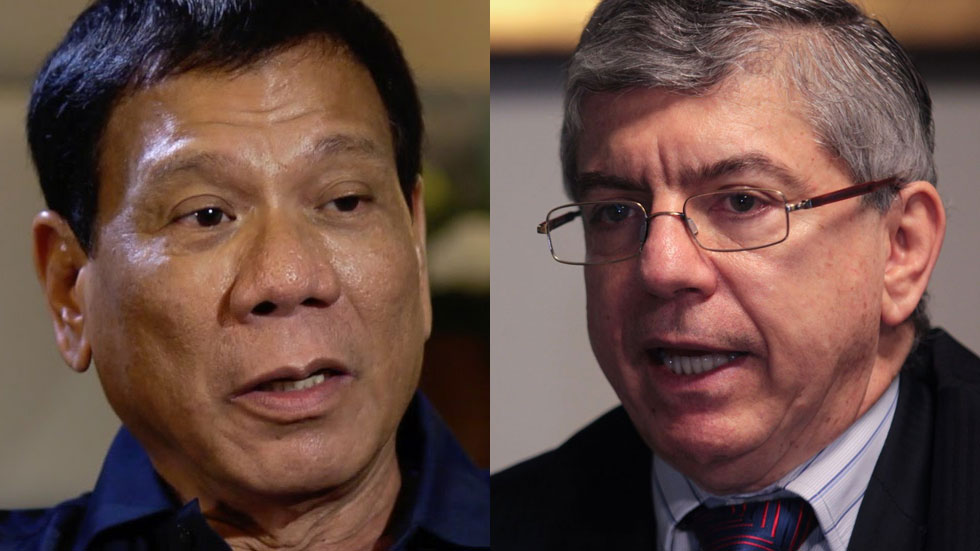 Philippine President Rodrigo Duterte has called ex-Colombia President Cesar Gaviria an “idiot”, after the latter wrote an opinion piece for the New York Times regarding the the war on drugs in the Philippines.

In the piece, entitled “President Duterte is repeating my mistakes”, Gaviria expressed personal regret about the handling of Colombia’s drug war during his single term as president between 1990-1994.

The ex-President specifically cited the “heavy handed approach” of the Colombia administration and admitted he was “seduced into taking a tough stance on drugs.”

Throwing more soldiers and police at the drug users is not just a waste of money but also can actually make the problem worse. Locking up nonviolent offenders and drug users almost always backfires, instead strengthening organized crime.

Gaviria’s term as President was one of Colombia’s most bloody periods, as Colombia’s state fought tooth and nail to bring down the drug empire of king pin Pablo Escobar.

For example, Gaviria approved the formation of self-defense groups, called Convivir, who as paramilitary forces have since kills tens of thousands of civilians and at one point became the kings of drug trafficking the president was trying to end.

Now a founding member of the Global Commission on Drug Policy, the former president advocates a more progressive approach, “designating drugs as a social problem and not a military one,” while issuing concern over the methods used in the Philippines.

The polls suggest Mr Duterte’s war on drugs is equally popular. But he will find that it is unwinnable… Real reductions in drug supply and demand will come through improving public health and safety, strengthening anti-corruption measures — especially those that combat money laundering — and investing in sustainable development.

Not one to bite his tongue, the Philippine president had his own take on the matter. During a speech at the Philippines Bureau of Customs he quipped: “The former president of Colombia has been lecturing about my war on drugs… that idiot.”

President Duterte’s radical crackdown on drugs has been deemed “unlawful” by Amnesty International.

In a recent report, the NGO alleged that “the Philippines police have killed and paid others to kill more than 7,000 alleged drug offenders in a wave of extrajudicial executions.”

Duterte intends to continue his fight against drugs until his last day in office in 2022, while he recently called on the support of the national military.

Gaviria is not alone however in his stance on the global war on drugs. During his Nobel Peace Prize acceptance speech, Colombian President Juan Manuel Santos stated that the war on drugs needed a major “rethink” as “Colombia has been the country that has paid the highest cost in deaths and sacrifices.”

According to the sitting president, the current war on drugs “is equally or perhaps even more harmful than all the wars the world is fighting today, combined..”