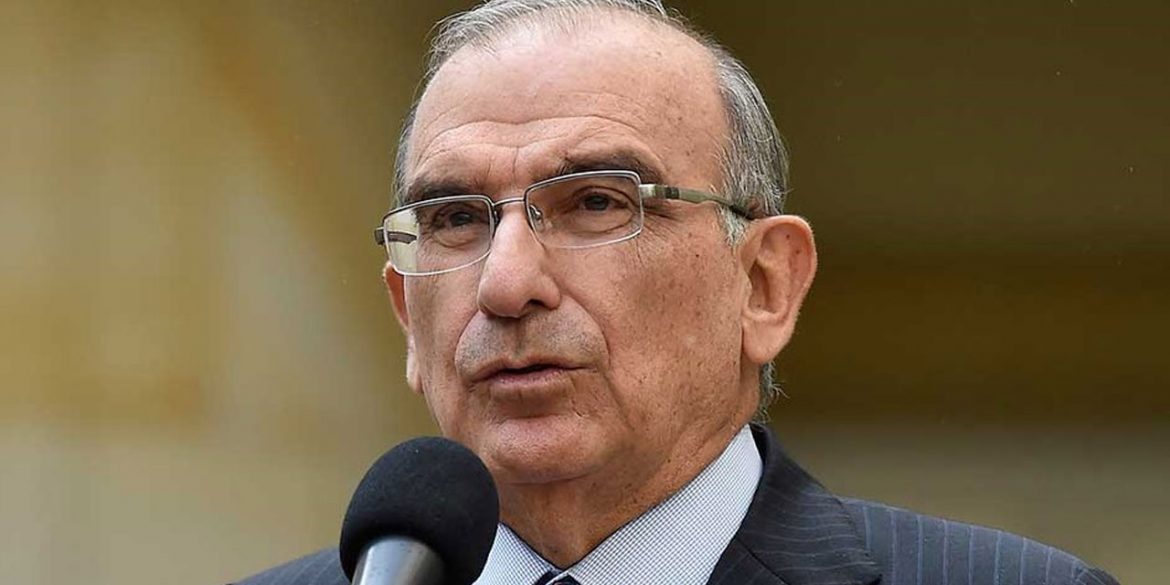 One of Colombia’s most outspoken promoters of peace, former Vice-President Humberto de la Calle, has become the country’s most popular politician, according to Gallup.

While Colombians’ approval of President Ivan Duque’s is tanking again, their impression of the man who negotiated peace with former guerrilla group FARC and has defended the peace process has seen his popularity rise.

The registered increase in popularity of De la Calle (Liberal Party) and the rejection of Duque are part of broader trend of public opinion shifting away from the traditional political division.

According to Gallup, only 25% of Colombians identified themselves as either “left” or “right.” The vast majority identifies with neither.

While the progressive political movement “Colombia Humana” is more popular than any political party, its leader is not.

Some 47% of Colombians want nothing to do with opposition Senator Gustavo Petro while only 39% view him favorably, according to Gallup.

This makes Petro still considerably more popular than far-right former President Alvaro Uribe, who is rejected by 61% of the population, but less popular than center-right politicians like Sergio Fajardo or Juan Manuel Galan.

“It would seem that those who polarize less are the ones with the best image,” Invamer director Martin Orzoco, whose company carried out the poll, told newspaper El Tiempo.

Colombia moving away from the right

A study carried out by the prestigious Los Andes University last year revealed that Colombians have been moving away from the so-called right for more than 15 years.

This trend of depolarization may explain the relatively broad rejection of Duque and his far-right “Democratic Center” party, whose anti-leftist rhetoric is increasingly falling on deaf ears.

At the same time it may explain the lack of success of former guerrilla group FARC, whose political party last year only won the mayoral elections in three of Colombia’s 1,100 municipalities.