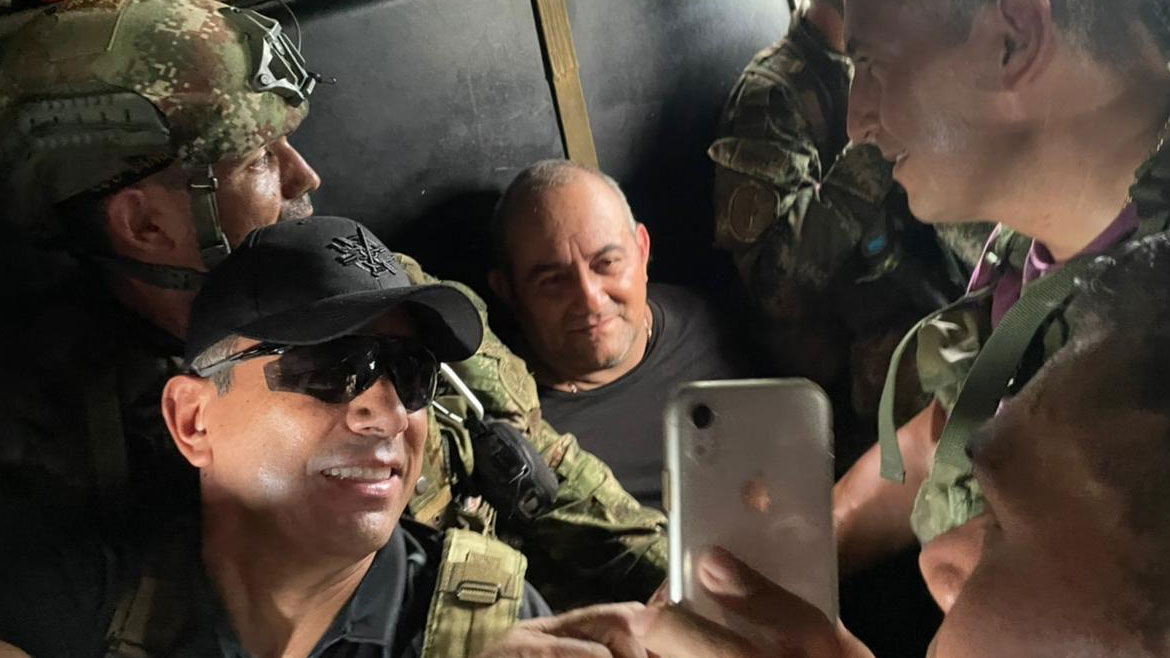 The former leader of Colombia’s largest paramilitary group told a court on Tuesday that his arrest in October was voluntary.

The government of President Ivan Duque has always claimed the arrest of “Otoniel” was the result of a military operation.

The former commander of the Gaitanista Self-Defense Forces told war crimes tribunal JEP that he surrendered voluntarily to avoid getting killed.

Otoniel confirmed suspicions that the authorities had invented the military operation that allegedly led to the arrest of the paramilitary leader.

Duque and his security chiefs didn’t immediately respond to the claims made by the alleged DEA contractor.

Don’t let such a criminal come and show off now, he knows how we captured him and he knows how far intelligence has reached.

Photos made of Otoniel smiling after his arrest spurred suspicion about the government’s claim that the arrest was “the toughest blow against drug trafficking of this century.”

The arrest of the AGC commander came little less than 10 years after former President Juan Manuel Santos announced “Operation Agamemnon,” the biggest manhunt since the one that sought to arrest Pablo Escobar in the early 1990’s.