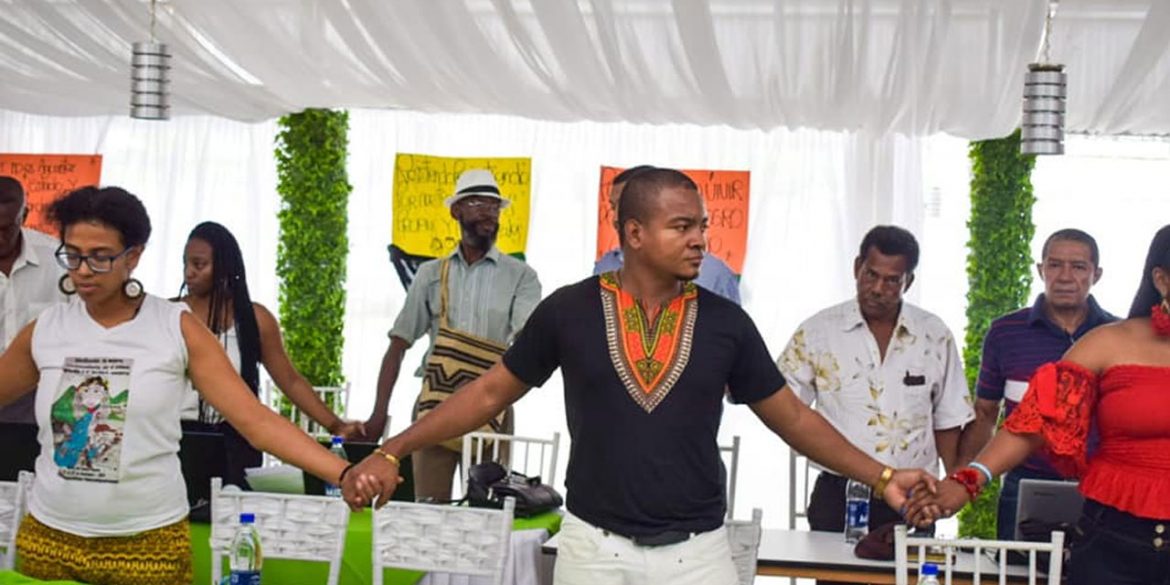 In a press conference in the town of Suarez, Marquez and the other leaders who have opposed illegal mining projects in the Cauca province announced that they weren’t going anywhere and would keep working for the defense of their territory.

The group survived an attempted massacre in May and have received multiple death threats since, the last one giving them 72 hours to leave. Despite the ongoing threats of deadly violence, the leaders decided to stay in the region where they were born and raised.

We began asking ourselves the question: Now what do we do? And yesterday we came to the conclusion that what we can do is stick together and embrace each other as family, and as a family we will confront this situation.

According to Marquez, they have been declared “military objectives” by the Aguilas Negras because they have been demanding the restoration of their ancestral rights in a hamlet of La Toma and, according to those who threaten to kill them, for “opposing development.”

“What development if we don’t even have drinking water or electricity?” Marquez, a winner of the prestigious Goldman Prize, said at a press conference that was all but ignored by the media.

The group of Marquez and fellow leader Victor Hugo Moreno may be ignored by the media, but received the support of state human rights bodies like the Inspector General’s Office, the Ombudsman and the municipal human rights office.

The national government, however, was conspicuous in its absence and has repeatedly failed to take the necessary action that would effectively protect the community represented by Marquez and Moreno.

The government has assigned us protective measures, but our protection depends on the guarantee of our rights, the implementation of orders from the Constitutional Court to suspend mining titles, and guarantee rights to prior consultation and constitutional rights that have been established.

Following the failed assassination attempt on the leaders, the leaders lost faith in the administration of President Ivan Duque and the Prosecutor General’s Office, who they accuse of prosecuting innocent men while letting the perpetrators walk and the community live in terror.

The Cauca branch of the elusive group has maintained threatening and racist rhetoric against native Colombians and black minority groups they consider a potential target of their threats to carry out “social cleansing of North Cauca.”

A spokesperson of the national Ombudsman’s Office reiterated at the meeting that some 983 leaders like Marquez and Moreno have suffered recent death threats. At least 479 community leaders have been assassinated since 2016 despite the Obudsman’s early warning system that apparently is ignored by the authorities.