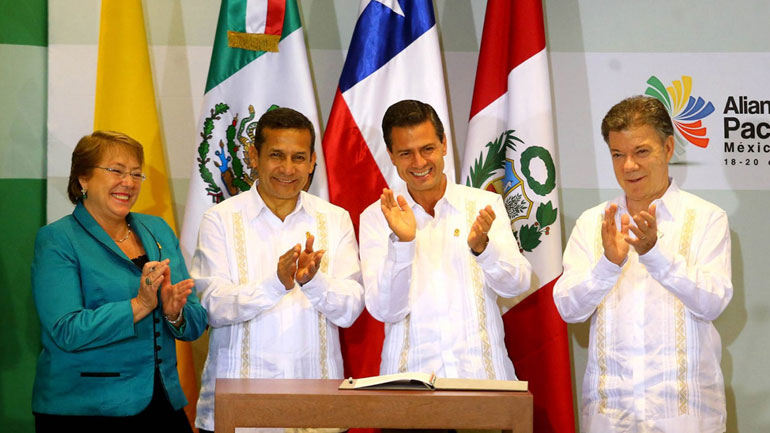 The Pacific Alliance, a trade deal between Colombia, Mexico, Chile and Peru on Monday came into force, eliminating most trade tariffs and allowing easier migration between the partner countries.

The trade pact took force on Monday three years after the Pacific countries signed a treaty that seeks a far-stretching integration of their markets.

According to Colombia’s Trade Ministry, the trade pact lifts the import tariffs of 92% of goods traded between the four partner nations.

The deal also allows citizens of members states to more easily obtain work visas in one of the partner countries. Visitors from outside the Pacific Alliance area are able to travel between the four countries using the same visa.

The trade bloc immediately made its members states part of the worlds’s sixth largest economy, according to BBVA.