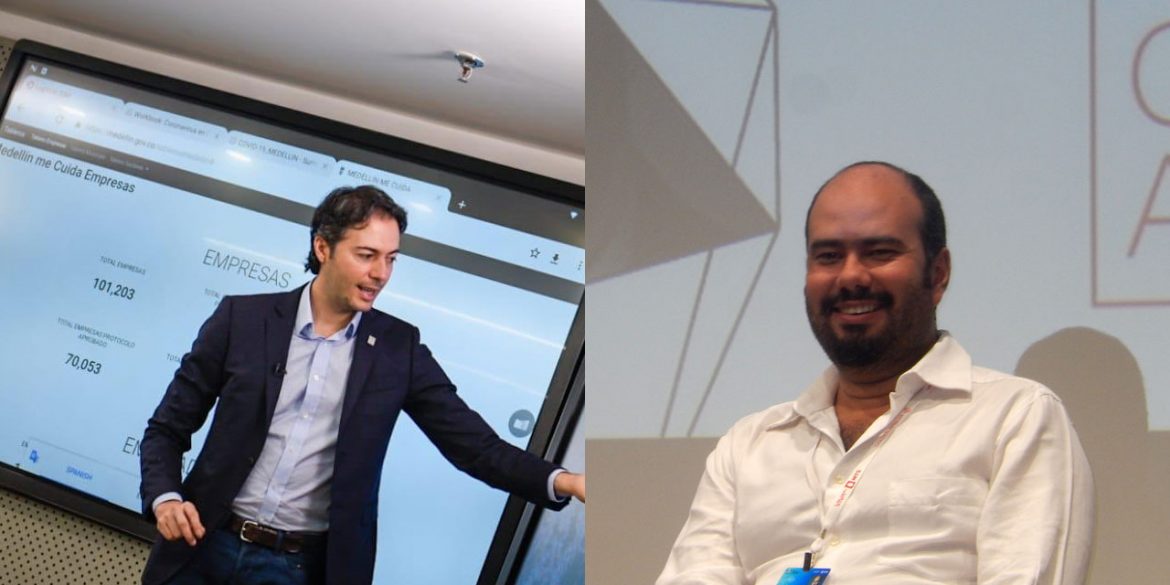 Accusations against Medellin Mayor Daniel Quintero and Oscar nominee Ciro Guerra have revived a debate about widespread sexual harassment and abuse of women in Colombia.

Feminist website Volcanicas received eight complaints over Guerra from women who said to either have been sexually harassed or abused by arguably the country’s top film producer of the moment.

Quintero found himself accused of trying to censor media after newspaper El Espectador reported that one anonymous woman said she was sexually abused by the mayor and a second one said to have suffered sexual harassment.

A collective working against sexual violence and discrimination in the entertainment industry, Rec Sisters, added Thursday that not even one of 147 colleagues they had polled said to not have suffered some form of sexual harassment at work.

The guilty plea of seven soldiers who admitted to raping a 13-year-old girl further highlighted how Colombia’s women and girls are constantly under threat.

Ciro Guerra is the wonder-boy of Colombian cinema. Or at least he was until Thursday when seven women came forward with evidence of sexual harassment and one accusing him of sexual abuse.

The guy started pulling down his pants, and he said, “I just want to see, let me see you” and I said, “No, no more, really, I don’t want to anymore”. And he pulled my arm and tried to kiss me, and I was no longer being conciliatory. Then he pushed me in the bedroom, I was on automatic pilot, in my panties, and he said: “Just a little, I’m not that asshole Hector, nothing’s wrong”. I was like, “Please don’t, please don’t.” I didn’t get angry like “motherfucking asshole” because I was scared, I got more tense and I didn’t let myself be touched anymore, and the guy looked at me strongly and put his finger in my vagina and said “a little bit, a little bit”. Then he took my hand and put it around his cock, and at that moment I felt like it wasn’t real what was happening, my arm was doing it but it was like it wasn’t mine. I felt like I had that feeling in my chest that you get when you get mugged.

Other women published WhatsApp messages of the film director to back up their stories he had sexually harassed them.

Following the publication of the testimonies, Guerra posted a video online saying the claims “are completely false” and vowed to file legal action against the women.

Medellin’s mayor got in trouble after a woman anonymously accused him of sexually abusing her at a party in 2017.

A second woman, who did reveal her name, said on Instagram and reiterated in interviews the Medellin Mayor sexually harassed her while she was working in a bar in 2016 until last week when she went quiet.

Quintero told W Radio on Wednesday that “I have never harassed or abused anyone” after failed attempts to obstruct reports on the claims.

According to press freedom foundation FLIP, the mayor asked the owners of newspaper El Espectador and W Radio to call back reporters after they unsuccessfully tried to get Quintero’s response.

The W Radio reporters told FLIP there had been attempts to hack their social media accounts. Journalist Ana Cristina Restrepo said her weekly column, which would touch on the topic, didn’t make it to Medellin newspaper El Colombiano on time because of atypical issues with her email.

The claims against Guerra and Quintero come after the #MeToo movement inspired several women to come forward to denounce they had been raped or sexually harassed.

None of these claims have resulted in convictions or have even affected the careers of the men accused of sexual aggression or violence.

In an attempt to defend women who were too afraid to speak out or file charges, journalist Claudia Morales admitted she had been raped, but said fear impeded her to say by who.

While also receiving support, accusations Morales was seeking attention or sought to stain the reputation of her former employers made it painfully evident why many women remain silent about the widespread harassment and violence.